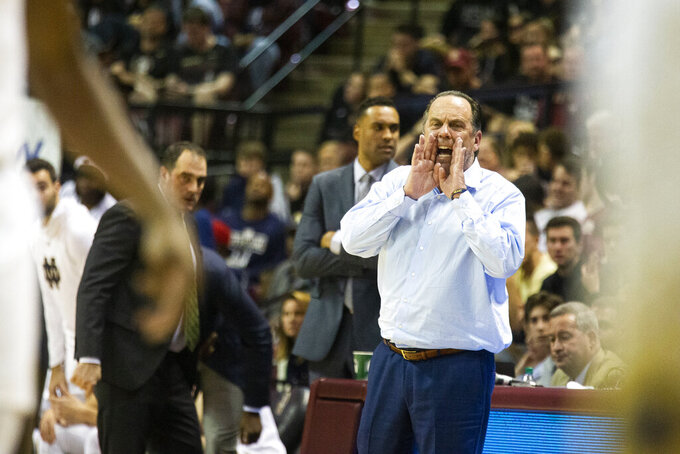 The league announced the penalties Monday, saying Brey’s comments “were in direct violation” of the league’s sportsmanship policy that states that public criticism of officiating “is not in the best interest of intercollegiate athletics.”

Brey referenced several issues after the 85-84 loss to the Seminoles, including a technical foul called on the Irish bench with 2:31 left. He also mentioned game official John Gaffney by name as he left the news conference in Tallahassee.

“We’re treated by the officials like we haven’t brought football as a full member (to the league), but yet we get a full share of the ACC Network TV, are you kidding me?” Brey said, a reference to Notre Dame's independence in football even as it remains a member of all other league sports.

Moments later, a frustrated Brey waved both hands as he got up to leave and continued his comments as he left the room.

The league said in a news release that the matter is closed and declined to make additional comment. The fine will go toward an ACC scholarship fund that assists athletes with pursuing graduate degrees after completing undergraduate requirements.