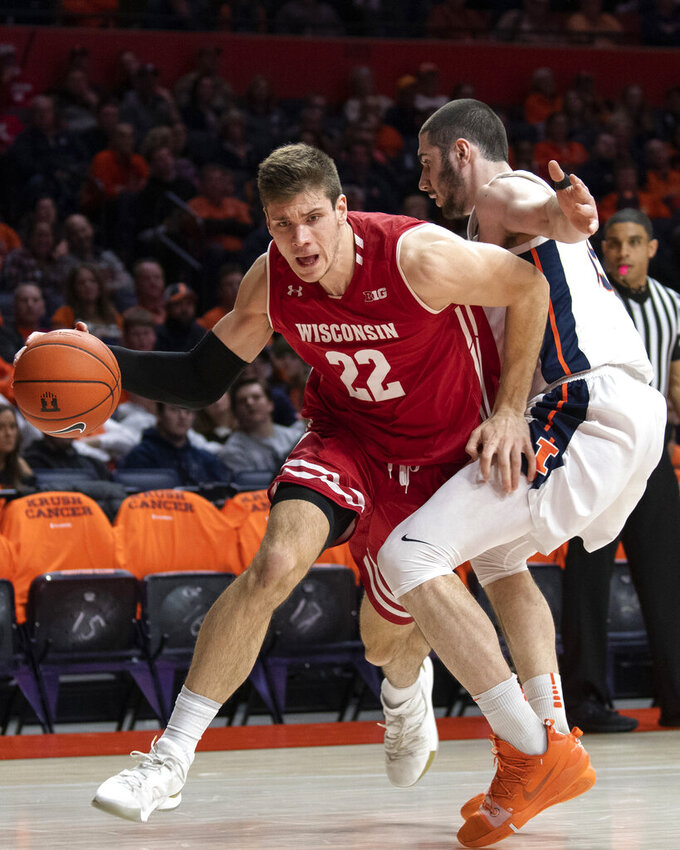 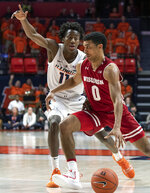 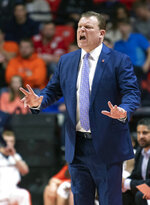 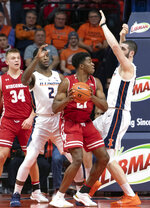 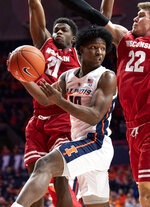 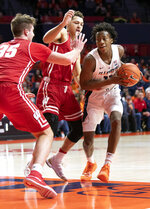 CHAMPAIGN, Ill. (AP) — With All-American Ethan Happ on the bench with foul trouble, Nate Reuvers stepped up, scoring a game-high 22 points and grabbing 10 rebounds to lead Wisconsin past Illinois 72-60 on Wednesday night.

It was the sophomore's first career double-double, and it couldn't have come at a more opportune time for the Badgers.

"It's pretty hard to shoot 35 percent from the field and beat a team like Wisconsin," Illinois coach Brad Underwood said.

Reuvers gave Happ all the credit for his performance.

"Just watching a guy like Ethan play all year has really helped me better my game," he said. "I've learned a lot from him."

"It certainly wasn't easy for us. Everyone knows winning on the road isn't easy in this conference," Wisconsin coach Greg Gard said. "I guess that's why they call it winning ugly."

Neither team led by more than seven points until late in the game when Wisconsin began to pull away. The Illini went cold late in the game, going 0-6 from the field and allowing the Badgers to pull ahead. Wisconsin took its largest lead of the game 58-50 and finished on a 7-2 run for the win.

At the end of the first half and Happ on the bench with two fouls, Illinois went on an 8-0 run to tie the game at 30. With a second left in the half, Trice heaved a shot from the top of the key and was fouled by Andres Feliz. Trice sank both shots with one-tenth of a second on the clock to give Wisconsin a 32-30 lead at the half.

Happ picked up two fouls in the first three minutes of the game and found himself in foul trouble early in the second half. He sat on the bench for long stretches and finished the game with nine points and nine rebounds.

Happ was hounded all night by Bezhanisvili, which pleased Underwood.

"I thought Giorgi did a phenomenal job tonight," Underwood said. "Happ is a certainly presence out there."

The Badgers were coming off a 64-54 upset of then-No. 2 Michigan and the win against Illinois elevates them into the upper half of the conference.

Wisconsin has now won its last 14 games against Illinois, the longest current win streak in the Big Ten. Overall, Illinois leads the series 110-88 overall and 68-27 at home.