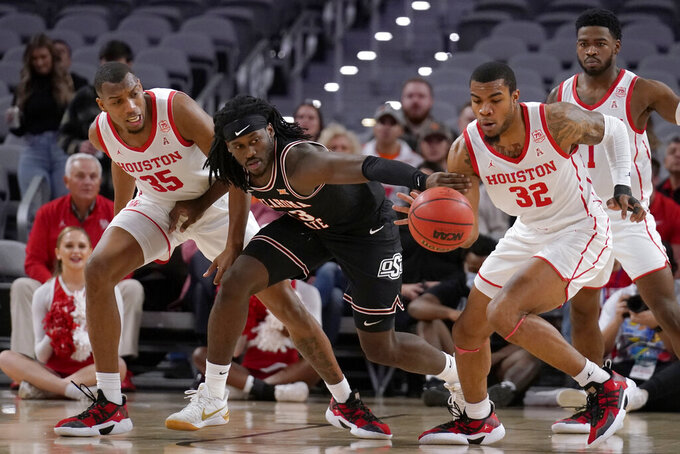 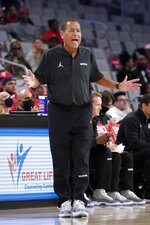 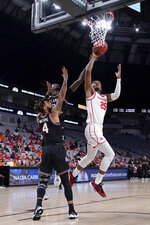 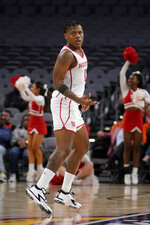 Bryce Williams led Oklahoma State (7-4) with 17 points – 12 of which came from free throws — and was the only Cowboy to score in double figures.

Houston led 57-55 with 4:31 left in the second half before going on a 10-2 run. Eight points came from Shead, including both of his 3-pointers in the game.

“When we ran stuff for Fabes tonight, something good happened,” Houston coach Kelvin Sampson said of White. “He was our best player tonight. Jamal stepped up and made tough shots.

“A lot of coaches will bemoan the fact their team didn’t play well. They fail to give the other team credit. Oklahoma State’s quickness and athleticism bothered us. We couldn’t get out of our own way.”

Oklahoma State was held 15 points below its scoring average by an opponent that emphasizes defense.

“I’m proud of guys, how they responded in several moments in that game, which could have gotten away from us,” Cowboys coach Mike Boynton said, “but we didn’t make enough toughness plays at key moments.”

Earlier, with the score tied 11-11 eight minutes in, Houston had a 10-point burst that included three consecutive 3-pointers by Edwards. That put him over 1,000 career points in his four-year college career — the first three seasons at Texas Tech.

With the Cougars leading 35-23, the Cowboys scored the final seven points of the half to pull within 35-30 at halftime. The streak began with a layup by Isaac Likekele and a tap-in by Matthew-Alexander Moncrieffe off an assist by Likekele.

The scheduled opener between No. 23 Colorado State and Tulsa was canceled because of COVID-19 issues within Colorado State’s team.

Houston went 17 for 30 from the free throw line, often coming away with nothing following offensive rebounds with its poorest free-throw shooters going to the line. That performance made Sampson recall his days as an assistant with the NBA’s Houston Rockets.

“Dwight (Howard) was hurt, James Harden’s 12 for 14, 15 for 16 every night,” Sampson said. “You look up — we’re the best free-throw shooting team in the league. It wasn’t us. It was James. Then James goes down and Dwight shoots all the free throws. Well, we’re a bad ... shooting team. No, we’re not. Dwight’s a bad free-throw shooter.”

Houston played without starting regulars Tramon Mark and Taze Moore, both out with injuries. Sasser, averaging a team-high 18.4 points going into game, returned after sitting out the Cougars’ 71-56 home win over Louisiana-Lafayette on Tuesday for rest and said he was 50% on Saturday.

Houston: Went into play ranked 10th in NCAA Division I scoring defense, allowing 56.4 points per game. It continued to be stingy on that end Saturday, as Oklahoma State shot 36.0% from the floor, 3 of 18 behind the arc.

Oklahoma State: Must do its offensive damage inside, given it tries only 18.5 3-pointers per game and makes 28.4%. The Cowboys outscored the Cougars 19-10 on second-chance points.

Houston: Will close out its pre-conference schedule Wednesday at home against Texas State.