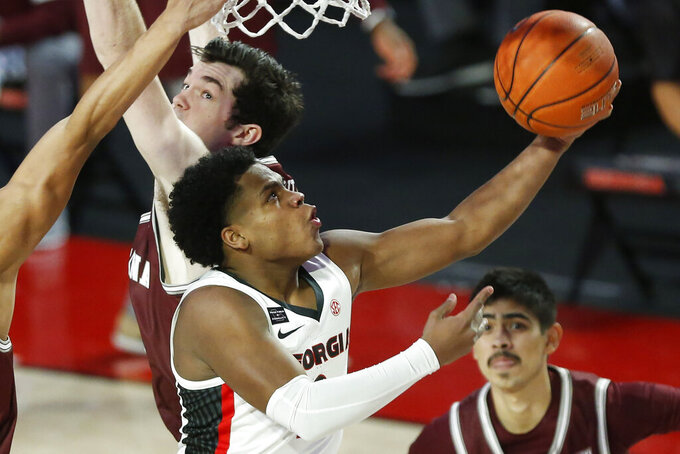 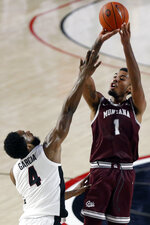 Andrew Garcia added 13 points, Justin Kier 12 and P.J. Horne 10 for the Bulldogs (4-0), who used a hot start and a second-half run to defeat the Grizzlies.

Horne hit a 3-pointer to cap a game-opening 9-0 run and a Kier dunk made it 19-5 barely five minutes into the game. After a jumper by Christian Brown made it 21-7 as Georgia was 10-of-12 shooting.

The Grizzlies scored the next 10 points and a second-straight 3-pointer by Eddy Egun pulled Montana within 23-20. The Bulldogs missed nine straight shots and 13 of 14 but recovered to lead 32-24 at the half.

A three-point play by Brandon Whitney to open the second half had Montana within five but Camara had two baskets and Sahvir Wheeler hit a 3 to push the lead back to 12. Montana never got within single figures until twice cutting it to nine with less than three minutes to go.

The Grizzlies held Georgia 26 points below its early-season average but couldn't capitalize because the Bulldogs had a 49-30 rebounding advantage. Georgia used 18 offensive rebounds to score 14 second-chance points. The points in the paint difference was 40-16.