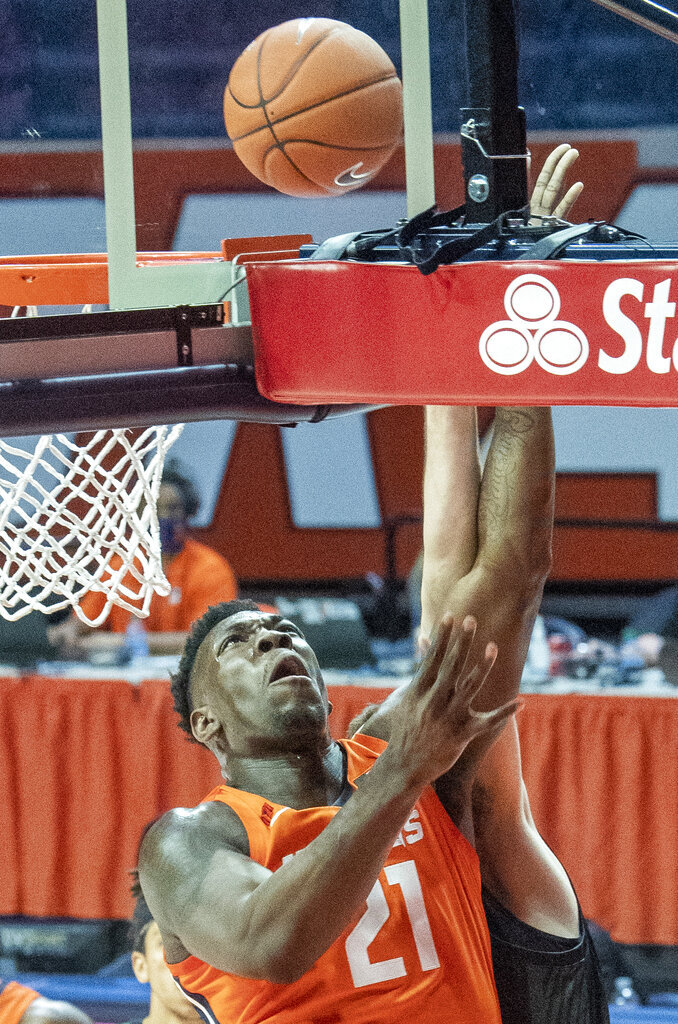 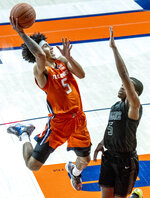 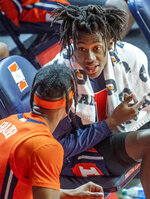 The Illini (2-0, 0-0 Big Ten) never trailed in the game, scoring the first nine points and leading 47-17 at halftime. Big man Kofi Cockburn had 13 points and 5 rebounds at the break.

Adam Miller scored 15 points and Cockburn finished with 14 points and 11 rebounds. It was Cockburn’s 14th double-double in 34 career games and his second consecutive one. He had one more rebound than the entire Chicago State team did.

SETTING UP THE RUN

“Definitely rebounding is key and will be through the end of the season,” Illinois coach Brad Underwood said. “It gives us that ability to get the break and run.”

Underwood was particularly impressed with Cockburn's play under the basket.

“Kofi puts on a lot of pressure in front of the rim and that leads to a lot of fouls on the other guys,” Underwood said.

Illinois senior guard Trent Frazier, the team's leader on the court, can get hot offensively and has been known to rain down 3-pointers on opponents. But his main claim to fame is his smothering defense, considered among the best in the Big Ten.

Thursday was no exception.

“These first few games are for playing time and gaining confidence,” Frazier said. “I think we were all on the same page out there today. Defense is something we work hard on.”

The tournament hasn’t been productive for Chicago State, a last-minute addition to the four-team tournament when Wright State pulled out due to COVID-19 concerns. Ohio beat the Cougars 86-61 on Wednesday.

Chicago State coach Lance Irvin has opted out of the season due to COVID-19 concerns. Assistant Rodell Davis is coaching the team in Irvin’s absence.

“I think this helps us moving forward into conference play,” Davis said.

Underwood’s game plan focused on forcing the ball inside after his team hit a program-record 17 3-pointers on Wednesday in a 122-60 rout of North Carolina A&T.

It worked. Illinois scored 52 points in the paint on Thursday, many of them on dunks and layups after beating the Cougars’ defense.

While this four-team nonconference tournament is a good way to gauge Illinois' talent and deep bench, two blowout wins do little to move the needle for the Illini. The first test will be facing a fairly good Ohio team in Friday's game. A misstep at this point could cost the Illini its top-10 ranking.

Chicago State: Plays North Carolina A&T in the third round of the tournament on Friday.

Illinois: Hosts Ohio in the third round of the tournament Friday before facing its first real test on Dec. 2 against No. 2 Baylor.