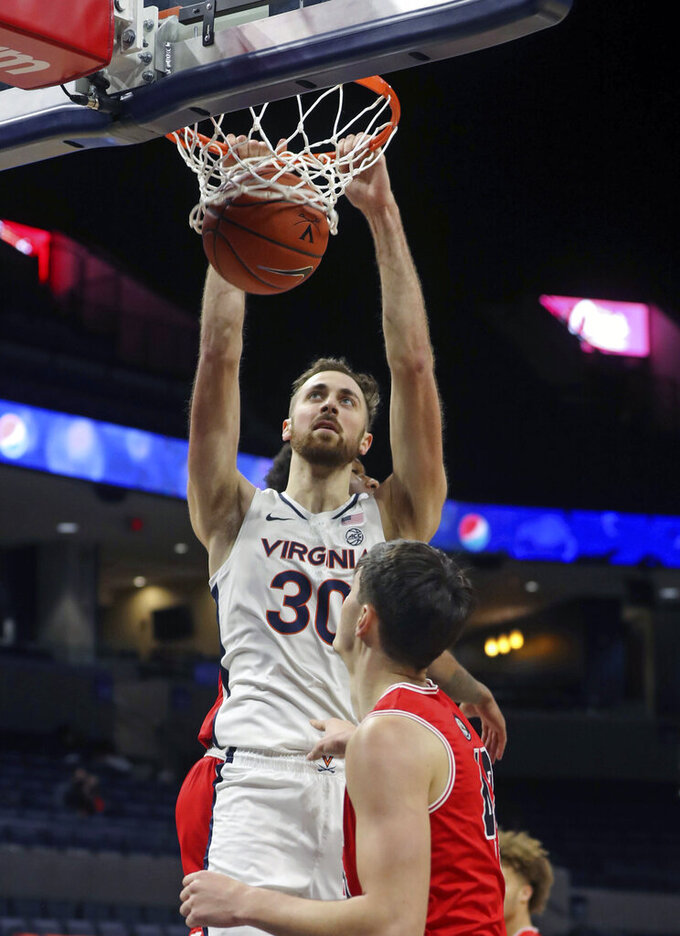 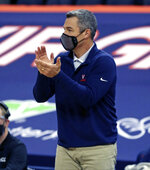 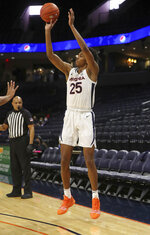 CHARLOTTESVILLE, Va. (AP) — Jay Huff said the lesson No. 15 Virginia learned in a 61-60 loss to unheralded San Francisco in its last outing was simple.

He helped Virginia do that Tuesday, scoring 13 points as the Cavaliers rebounded from last Friday's stunning defeat with a 76-51 victory over St. Francis (Pa.).

The Cavaliers opened a 17-point lead before the game was eight minutes old and cruised from there, allowing coach Tony Bennett to play his deep bench in what he described as “hockey shifts.”

Kadin Shedrick had 12 points and eight rebounds for the Cavaliers (2-1), who won their 24th consecutive home opener. Sam Hauser added 11 points and Trey Murphy III had 10.

Bryce Laskey led the Red Flash (1-2) with 12 points and Mark Flagg had 11. They played without starting point guard Ramiir Dixon-Conover, who suffered an ankle injury in the second half of St. Francis' game against UMBC on Saturday.

Virginia put this one away quickly in a nearly empty John Paul Jones Arena, where state law permits no more than 250 to be in attendance because of the COVID-19 pandemic.

“I’m never happy with a loss, but I thought there was a lot of growth,” Red Flash coach Rob Krimmel said, adding that he expected the Cavaliers to come out focused in their home opener. “They have a lot of pride, obviously.”

St. Francis: The Red Flash were looking to go to 2-0 against Atlantic Coast Conference foes, having opened the season with an 80-70 victory at Pittsburgh. St. Francis was also seeking its fourth win against a ranked team and first in 62 years. Its last victory against a ranked foe was against No. 13 St. Bonaventure on Jan 24, 1959.

Virginia: The Cavaliers allowed San Francisco to make 13 of 28 3-point tries, but had no such issue against the Red Flash. St. Francis was 7 of 24 from 3-point range and made 18 field goals in all, on 50 attempts.

Bennett started freshman Reece Beekman instead of veteran Kihei Clark at point guard. Beekman finished with two points, four assists and no turnovers in 22 minutes. Clark, a key contributor to the Cavaliers' 2019 national title, played just under 15 minutes, did not score and had three turnovers.

Bennett said it was a “personal decision” to start Beekman and did not elaborate.

“You can't cover everyone in our offense, which is a great problem to have,” Huff said,