No. 2 Louisville put on notice as possible next No. 1 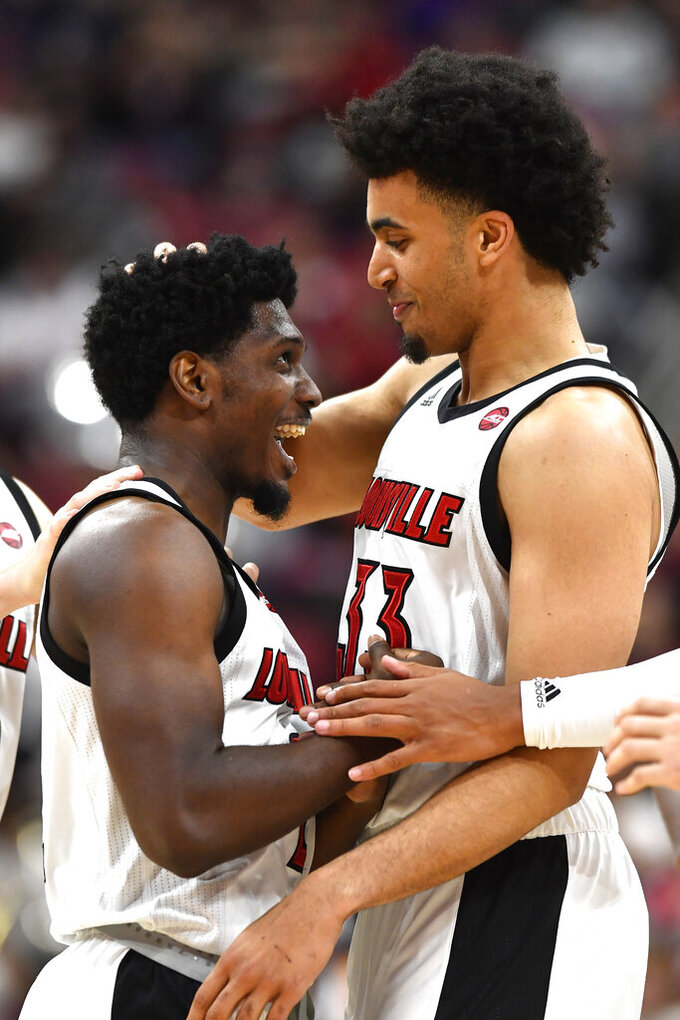 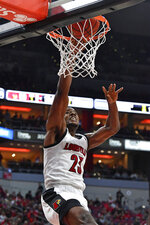 LOUISVILLE, Ky. (AP) — Being No. 1 in men’s basketball this year doesn’t seem like what it’s cracked up to be.

Duke and Kentucky were upended in record-setting fashion as the No. 1 teams in the nation and those upsets have put second-ranked Louisville on notice with Cardinals poised to ascend to the top.

Not that Louisville coach Chris Mack and his Cardinals pay much attention to the rankings. And Louisville certainly doesn’t need any upset warnings after escaping Akron 82-76 on Sunday.

“If they felt like in any way, shape or form after our game against Akron that they were OK and we're doing a good job, then I'm doing something wrong,” Mack said of his team Wednesday.

If they don’t get it together, the Cardinals could soon join the ranks of the Wildcats and Blue Devils.

Stephen F. Austin’s stunning 85-83 overtime upset of top-ranked Duke on Tuesday night positions Louisville (6-0) to be No. 1 in next week’s AP Top 25. It would surely please a fan base eager for the Cardinals to return to the national championship discussion in the wake of several embarrassing scandals, including escorts in athletes’ dormitories and corruption investigations. But there’s a cautionary be-careful-what-you-wish-for tale that comes with being No. 1.

While SFA, Evansville and UMBC group-chat about their seismic toppling of college basketball’s heavyweights, the Cardinals are preparing to take their turn atop the sport when the new rankings are announced Monday. Though they have some work to do before that happens.

Louisville has to get by in-state rival Western Kentucky (6-1) Friday and the Hilltoppers are more than capable of pulling off another upset in Nashville, Tennessee.

Even if Louisville reaches the top spot, the length of its stay depends on how successful the Cardinals can navigate an upcoming gauntlet of challenges from Michigan, Pittsburgh and No. 12 Texas Tech, last year’s NCAA Tournament runner-up.

Not that playing mid-major opponents has been a walk in the park.

Kentucky and Duke got more bang for the buck than they had bargained for. Evansville received $90,000 for its game in against the Wildcats; Duke paid the Lumberjacks $85,000 — which turned out to be a thousand for each point they scored in Cameron Indoor.

USC Upstate played Louisville tough and led 43-40 early in the second half before the Cardinals rolled to a 76-50 victory. The Cardinals seemed to in control Sunday against Akron with a 55-33 second-half lead, but the Zips twice pulled within four in the final minute of the game.

“We’ve got a lot of maturing to go through,” Mack added.

The near-upset buttressed Mack’s repeated insistence that his team hasn’t earned anything — even with several blowout victories. The coach also wants to ensure his team keeps a hunter’s mentality if do get their turn at the top.

“I'd love to say that we are as good as we want to be,” senior forward Steven Enoch said, “but I have a lot of confidence in this team that it wants to be one of the best in the country.

“We just have to continue to go out there and be the same people every night. And as long as we do that everything else will take care of itself. We don't pay too much attention to the rankings.”