Syracuse star Tyus Battle not coming back for senior year 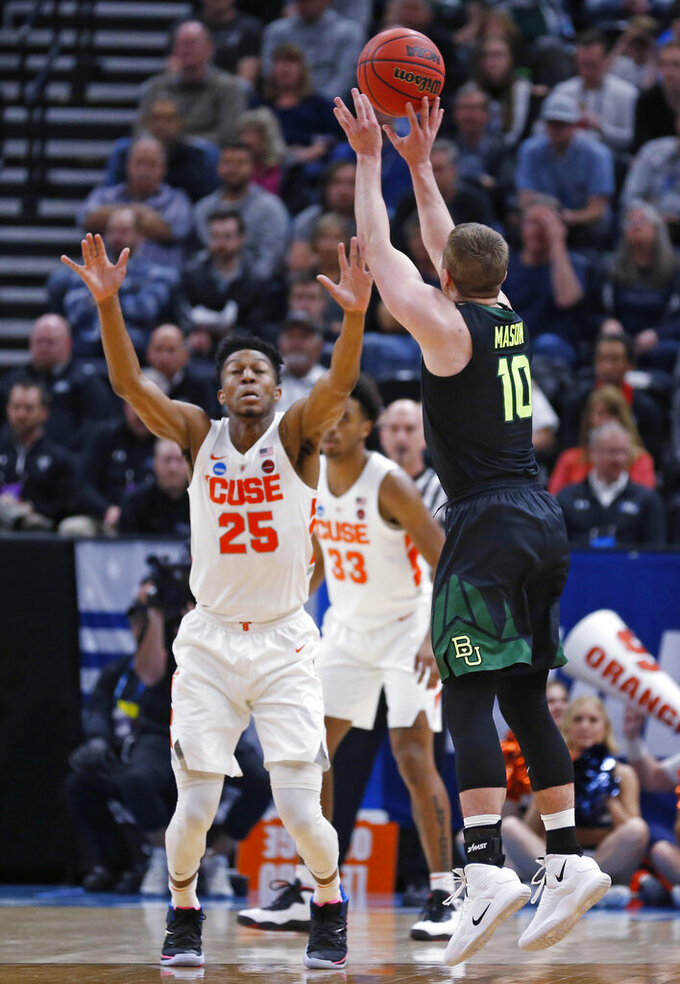 SYRACUSE, N.Y. (AP) — Syracuse star Tyus Battle is not coming back for his senior year.

In an open letter to fans published Friday in The Post-Standard of Syracuse, Battle made his decision after reports he'd leave surfaced when the Orange were eliminated in the first round of the NCAA Tournament.

"I have made the decision to embark on the next chapter of my life," he wrote. "It was a difficult choice to make, but I am fully confident that I am ready because of you."

A year ago Battle entered his name in the NBA draft but didn't hire an agent and ultimately decided to return for his junior year. He said then that he planned to re-enter the draft in 2019.

Battle's departure leaves a big void. He's led Syracuse in scoring for the past two years and averaged 17.2 this season. His 712 points in 2017-18 were the most for a sophomore in school history and he led the nation in minutes played. His career total of 1,647 points is 16th on the school's scoring list.