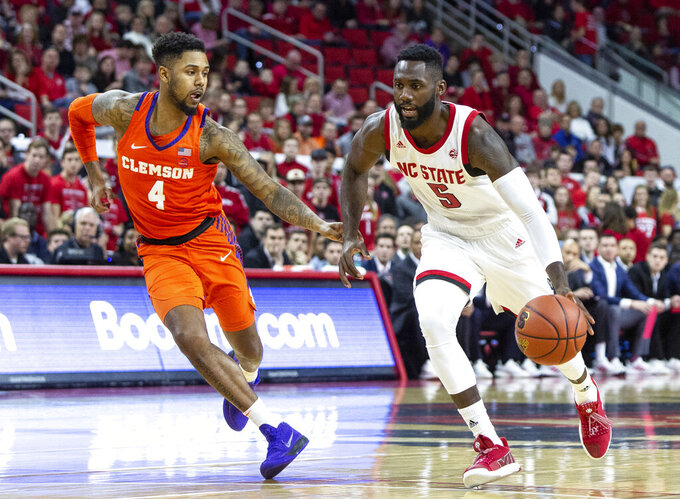 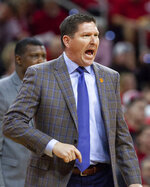 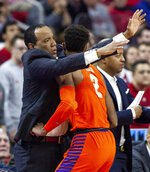 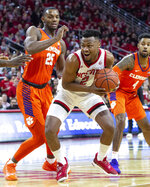 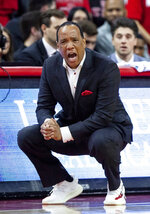 RALEIGH, N.C. (AP) — North Carolina State kept hanging around, even down six with 26.5 seconds to go.

Turns out Keatts knew what he was talking about, thanks to a few missed free throws from Clemson and one huge shot from sophomore Braxton Beverly.

Beverly shook off a bumpy shooting game by knocking down a 3-pointer to beat the buzzer, capping the 21st-ranked Wolfpack's rally in the final seconds to stun the Tigers 69-67 on Saturday.

The 6-foot Beverly was 2 for 9 from the floor and had missed all four of his 3-point tries. But after Clemson's Marcquise Reed missed two free throws with 7.5 seconds left, C.J. Bryce got the rebound and pushed upcourt with no timeouts before turning to find Beverly for a clean look from NBA distance.

The shot easily beat the horn and dropped through the net.

"As soon as it left my hand, I knew I made it," Beverly said.

The shot sent Wolfpack players running toward Beverly. Reed dove on the floor in disbelief.

"The communication we've got on the court, (Keatts) didn't draw nothing up," Beverly said. "He trusts us. He knows we'll make the right decision, and we did."

It sure didn't look like the Wolfpack (16-4, 4-3 Atlantic Coast Conference) would pull this one out only seconds earlier, when Clemson (11-8, 1-5) led 67-61 with 26.5 seconds left. But Reed, who came in shooting a team-best 84.3 percent from the line, missed two free throws with 13.8 seconds left to keep the door ajar for the Wolfpack. Then he missed two more.

"He's made thousands of free throws for us to seal games and he's our best player," Clemson coach Brad Brownell said. "It was just a tough break. I feel bad for him."

Clemson: The Tigers have been going in the wrong direction since league play. Picked to finish sixth in the league, the Tigers' only win was at home against Georgia Tech, and they had lost their first three league road games by eight or more points. This one, however, might be worse considering the game looked headed for the win column.

"Unfortunately," Brownell said, "we just didn't finish it off."

N.C. State: There's been a simple pattern for N.C. State throughout the month of January: win one, lose one. And after Thursday's loss at No. 23 Louisville, the pattern held in dramatic fashion.

Bryce deserved credit for his play to set up Beverly's shot. He sprinted up court after Reed's fourth miss, dribbled behind his back against Reed then turned toward the elbow as Clemson helpside defender David Skara approached.

That's when he saw Beverly trailing the play.

"You can't turn down a pure shooter," Bryce said.

So did he know it was good, too?

N.C. State starting point guard Markell Johnson had missed three straight games following a hard fall in the first half against Pittsburgh. He finished with 16 points with three 3-pointers for N.C. State, including a three-point play with 19.2 seconds left that started the final push.

So, is PNC Arena jinxed for Clemson?

Last year the Tigers lost here 78-77 in overtime when Gabe DeVoe missed the third of three free throws with 0.2 seconds left that would have forced overtime. This time Clemson went 2 of 8 from the line in the final 34.9 seconds.

"Got some bad karma with free throws in this building," Brownell said. "That's the second year in a row."

Bryce finished with 15 points and seven rebounds. ... Reed led Clemson with 19 points and eight rebounds, but shot just 5 of 17 from the floor. ... Elijah Thomas added 18 points for Clemson. ... The Tigers shot 49 percent missed all seven 3-point tries. ... N.C. State shot 44 percent but made 7 of 13 from behind the arc after halftime.