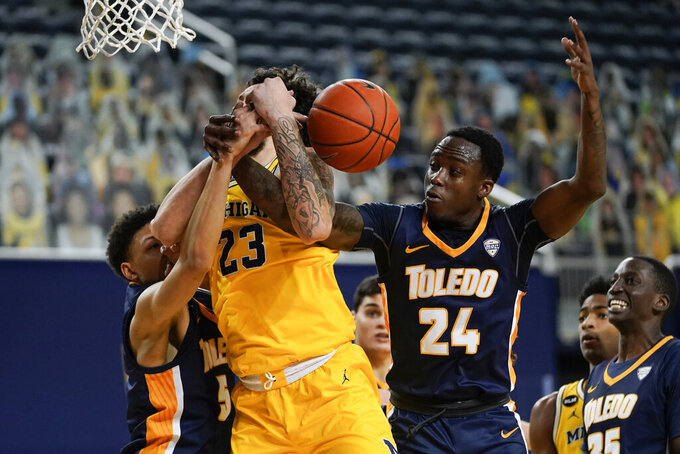 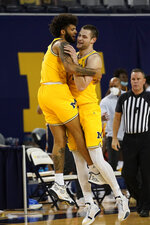 The game was just scheduled on Tuesday after North Carolina State announced Monday it had to back out of the scheduled ACC/Big Ten Challenge matchup. The last time the Rockets played the Wolverines was Nov. 26, 1983.

Dickinson, fresh off being named Big Ten Freshman of the Week, entered the game averaging 14 points on shooting 70%. He had a dunk, Livers hit a 3 and Wagner scored four points in a 13-0 run late in the first half that put Michigan up 42-21. The spread was 18 at the break.

A quick spurt to open the second half brought the Rockets (3-3) within 11 but Michigan scored the next eight and a layup by Dickson at the 13-minute mark pushed the lead back to 20 for good.

Setric Millner Jr. and Spencer Littleson both had 14 points for the Rockets and Marreon Jackson 12 on 4-of-16 shooting.

Michigan is scheduled to open Big Ten Conference at home against Penn State on Sunday.