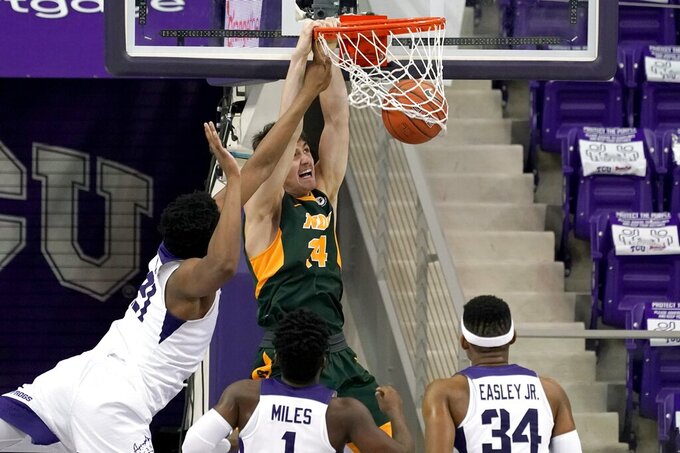 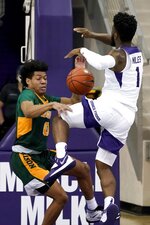 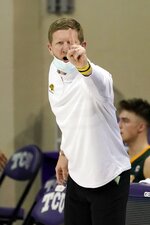 Jarius Cook scored a career-high 22 and Rocky Kreuser added 21 points to lead the Bison (2-6). Kreuser scored 16 after halftime, including all three attempts from distance, as the Bison flirted with an upset, either leading by a few or trailing by one for nearly 15 minutes.

Nembhard and Miles scored on back-to-back layups to give the Horned Frogs a 73-70 lead and kick off a 15-5 run that put TCU in control through the closing minutes.

TCU opened a 17-point lead with just under five minutes left before halftime, finishing the opening period on a 62% clip from the floor. NDSU had whittled the gap to 49-45 by the break, however, after a 16-0 run.

TCU's cooldown continued through the first 10 minutes of the second half when the Frogs were just 6-for-14 from the field and 1-for-5 from deep.

Thanks to the strong finish, TCU was back up to 59% shooting for the game, winning its third straight.