Harper carries No. 19 Rutgers past Maryland 74-60 in Big Ten 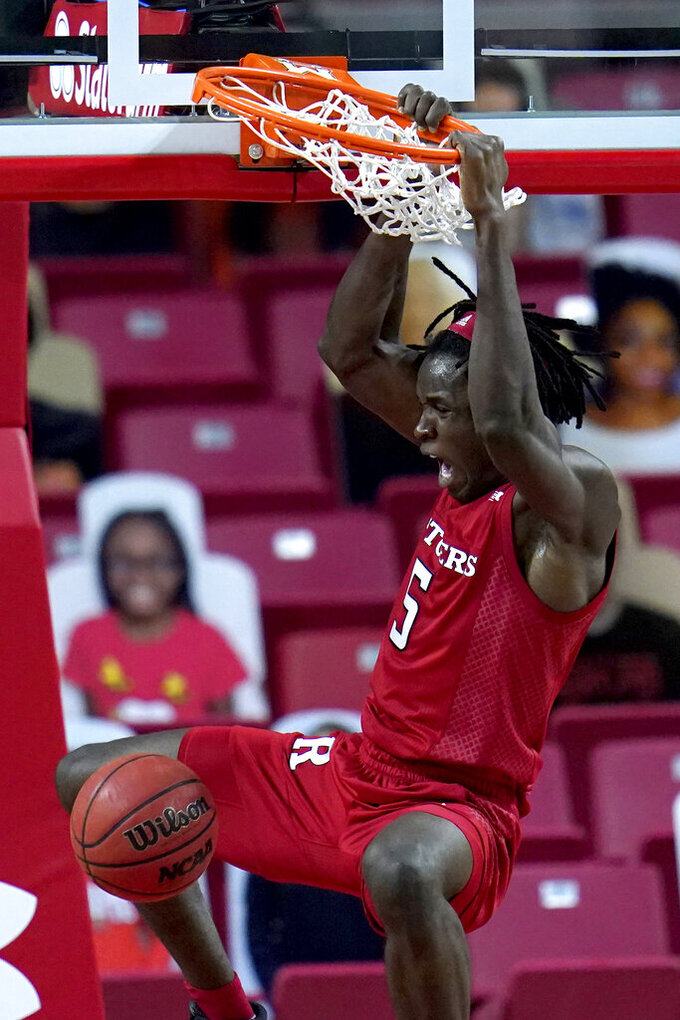 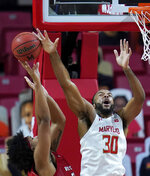 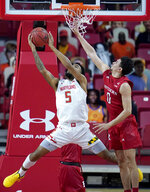 COLLEGE PARK, Md. (AP) — With a rousing victory on the road in its Big Ten opener, Rutgers showed that its days of serving as the conference doormat just might be over.

Ron Harper Jr. scored 19 of his 27 points in the second half, and the 19th-ranked Scarlet Knights cruised past Maryland 74-60 on Monday night.

It marked the first time Rutgers (5-0, 1-0) won its Big Ten opener and won at Maryland, the defending conference co-champions. The Scarlet Knights hadn't won a Big Ten opener since joining the league in 2014, and were 16-73 in conference play before going 11-9 last season.

“They were even better tonight than I thought,” Maryland coach Mark Turgeon said. “They’re really talented. They’re having fun out there."

Combining the shooting of Harper with a strong effort on the defensive end, the Scarlet Knights validated their lofty status as a Top 20 team.

“Everyone kind of chipped in," coach Steve Pikiell said. “I loved the way we grinded the whole 40 minutes."

The Scarlet Knights broke open a tight game with a 10-0 run that made it 50-38 with 11:49 left. Myles Johnson started and ended the spree with dunks, and Harper contributed a 3-pointer.

After Donta Scott stemmed the surge with a long-range jumper, Harper connected from behind the arc and Jacob Young scored in the lane to give the Scarlet Knights a 14-point cushion.

“Every time we made a play, they answered it," Turgeon noted.

Johnson had 12 points and 16 rebounds and Geo Baker scored 15 in his return from an ankle injury he sustained in the season opener.

This is the first time since 1934-35 that Rutgers has opened with five straight double-digit victories, and this one was by far the most satisfying.

“To get our first road win is a good feeling," Pikiell said. “It was a really good team win."

“Harper took over the game on the offensive end and Johnson was phenomenal on the defensive end," Turgeon said. “You’ve got to give them a lot of credit."

Harper, a 6-foot-6 junior guard, went 10 for 17 from the floor, connected on 5 of 8 shots from beyond the arc and chipped in with five rebounds and four assists.

“Ron is a tough matchup and is playing with really good confidence," Pikiell said. “Tonight he had it going, and we continued to get him the ball in good spots where it was tough for guys to defend him."

After Maryland closed to 60-51, Harper drilled a 3-pointer to restore the double-digit lead, and the Scarlet Knights coasted to the finish.

Rutgers: That was a solid start in conference play for the Scarlet Knights. Harper can score from anywhere on the floor, and Pikiell has Rutgers playing aggressively and effectively on the defensive end, as evidenced by Maryland's 34.4 shooting percentage.

Maryland: The Terrapins have dropped two straight, and their youth is showing. The loss of stars Jalen Smith and Anthony Cowan Jr. has left Turgeon looking for answers and a consistent scorer. “We’ve got to get our confidence up," Turgeon said.

Maryland gets a week off before facing La Salle at home on Dec. 22.