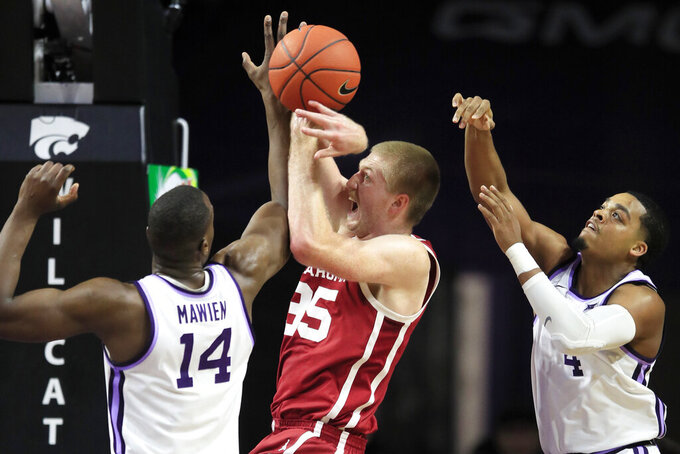 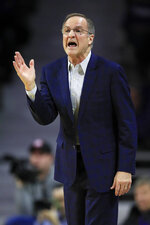 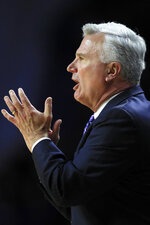 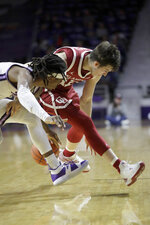 MANHATTAN, Kan. (AP) — Oklahoma coach Lon Kruger spent his college days playing for Kansas State and as a head coach has yet to pick up a win at his alma mater.

Kruger lost his eighth straight game at Kansas State as the Wildcats held off the Sooners 61-53 on Wednesday night.

“I don’t really think about it,” Kruger said. “I want to win wherever we play and this place is no different.”

The Wildcats led by 16 with six minutes to go but the Sooners were within 57-53 when Victor Iwuakor hit a 3-pointer with 10 seconds to play, capping a frantic 13-2 run.

The Wildcats closed out the game with four straight free throws by Mike McGuirl.

“Mike stepped up and made some big shots down the stretch,” Kansas State coach Bruce Weber said. “We needed someone to do that and tonight Mike was special.”

“Both halves we did a nice job of gutting it out,” Weber said. “It’s a good win for us and we felt good with how we played them there. Our guys did a good job of reading stuff and we got a nice victory.”

Alondes Williams scored 15 points and Austin Reaves added 12 for Oklahoma, which was held to its lowest total of the season. The Sooners, who went 4 of 21 from 3-point range, committed 19 turnovers which turned into 18 points for Kansas State.

“They didn’t get to 40 until the three minutes mark,” Weber said. “They are one of the best teams taking care of the ball in the country so to force 19 turnovers is pretty good.”

Reaves, Brady Manek and Kristian Doolittle combined to go 6 and 24 and had seven turnovers in the loss.

“It was a combination of us not doing things as well as we need to and Kansas State did a good job defensively,” Kruger said. “That’s usually the case when you have trouble shooting.”

The Sooners, who shot 35% overall, were 13 of 15 from the free-throw line while the Wildcats went 9 of 15, struggling down the stretch until McGuirl sealed the game.

Oklahoma: The Sooners struggled from the 3-point line and had too many turnovers to win a game on the road in Big 12 play.

Kansas State: The Wildcats have won their last two home games, but this team needs to be better on the road if they want to be considered a threat. The other win was against West Virginia.

“We know we’ve been right there,” McGuirl said. “It feels good to get a win, get some momentum and we’re going to prepare the best we can for West Virginia.”