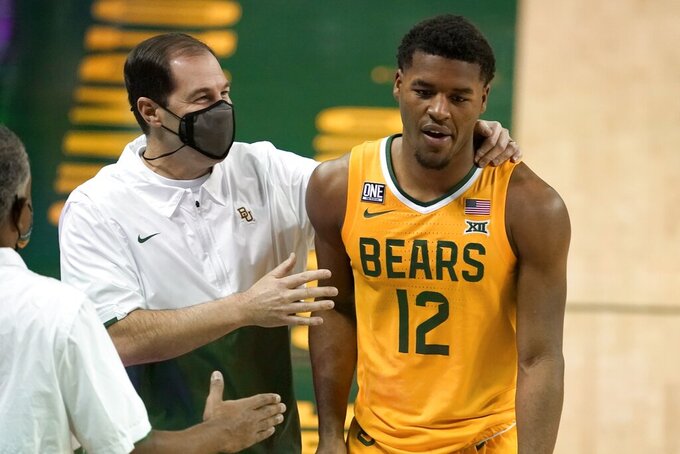 Sacramento State has a game at Cal Poly scheduled for Dec. 21, two days after the Hornets host UC Davis. Cal Poly has the same COVID-19 testing standards, so it should be easy for the Hornets to pull off.

It's not, like nearly everything that comes with trying to play college basketball in a pandemic.

Sac State's coaches and players need to have a test before they can play the Mustangs, so after travelling south, they'll have to do it early on game day. Cal Poly has an on-campus testing site, but there's no guarantee results will come back before the 2 p.m. tipoff.

So while trying to prepare for a game the day after a long bus ride, the Hornets will also be keeping an ear out for the all-clear call.

Trying to play a college basketball season during a pandemic has not been easy. Games were canceled, programs shut down due to positive tests and replacement games were hastily scheduled — even before the start of the season on Nov. 25.

Since the season started, dozens of programs have halted activities and daily cancellations — ranging into the hundreds so far — have become the norm. A handful of teams have yet to play a single game more than two weeks into the season.

The Ivy League and a few other teams opted to not play at all before the season started and some the coaches whose teams are currently playing have wondered why the season is continuing as coronavirus numbers surge across the country.

“I don't think it feels right to anybody,” Duke coach Mike Krzyzewski said earlier this week before the Blue Devils canceled the rest of their nonconference schedule. “Basically, it was the mentality of, ‘Get as many games in as possible.’ I would just like for the safety, the mental and physical health of players and staff to assess where we’re at.”

College basketball was put in a difficult position when the NCAA Tournament was canceled in the spring, causing a $375 million revenue shortfall for the NCAA. The 2021 NCAA Tournament will be played in one location — likely Indianapolis — but getting there has already proven to be difficult.

Other sports have been able to pull off seasons without too many disruptions, but college basketball is unique in that it is played indoors and has more than 300 teams trying to play at locations across the country.

Navigating the pandemic world has required creativity, adaptability, cooperation and a whole lot of patience.

Baylor had to pull out of an event at Mohegan Sun in Connecticut after Drew tested positive for COVID-19 and the No. 2 Bears' showdown against top-ranked Gonzaga was shelved due to positive tests in the Zags' programs.

Nearly every school has dealt with similar issues in some form.

Even pulling off just one game has turned into a monumental task.

Every conference and just about every school has varying protocols, so coaching staffs have had to turn into testing detectives. Once protocols are identified, there's the matter of scheduling tests around practices and games so results can be attained before game time.

Backlogs in testing, particularly in areas where the virus is surging, can lead to delays in results, pushing back games hours, even days.

Santa Clara, which has relocated to Santa Cruz because its county has shut down games, sent someone to to Sac State on Friday to test players and coaches for Saturday's game because it requires a PCR test 24 hours before playing.

Even when everything goes according to schedule, a game can get knocked off the rails at the last second. An official can test positive before a game. A player could test positive after flying to a road game, Contact tracing could knock players out.

Games have been canceled during warmups, so players often don't know if they're playing until the ball actually goes in the air.

"The fact is, the players were wanting to play," said Tennessee's Rick Barnes, among the handful of coaches who have tested positive for COVID-19. “It is an emotional drain on everybody, because you’re getting excited and want to play.”

Balancing the mental toll on players has become a part of the equation, too.

Coaches have to make sure the constant changes and unpredictability don't become too much for the players.

“It’s a really constant upbeat messaging to your players. Constant,” Katz said. “If you get down in the dumps about it, they’re going to get down further.”