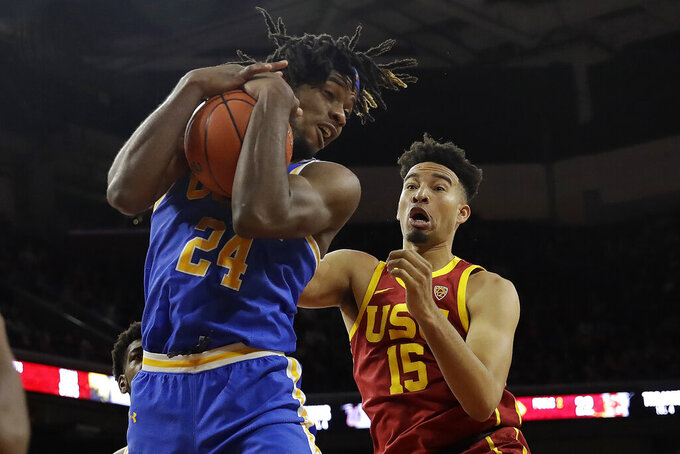 A team spokesman says Hill has withdrawn his name from the NBA draft.

Hill started 25 of 30 games for the Bruins under first-year coach Mick Cronin last season, averaging 9 points and a team-leading 6.9 rebounds.

Junior guard Chris Hill has declared for the draft, although he could still return.

The Bruins lost out on highly regarded recruit Daishen Nix, who decommitted from UCLA in order to sign with the G League and begin a pro career next season.