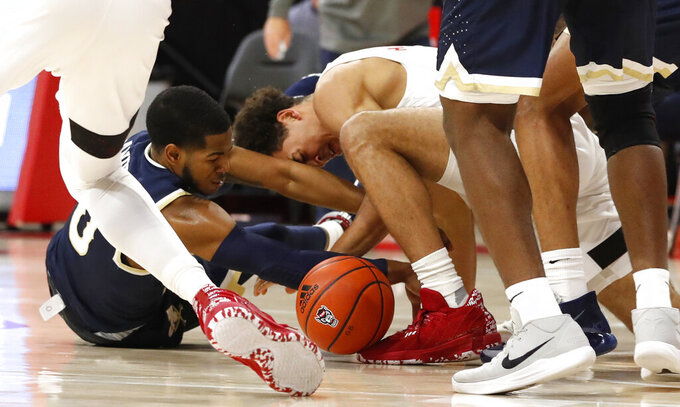 RALEIGH, N.C. (AP) — Devon Daniels scored a career-high 29 points and had 10 rebounds as North Carolina State rolled to a 95-61 victory over Charleston Southern in a season opener on Wednesday night.

Daniels was 11 of 16 from the floor and made four 3-pointers. Braxton Beverly added 13 points and D.J. Funderburk had 10 for the Wolfpack, who opened the season at 5,500-seat William Neal Reynolds Coliseum for the first time since 1998. There were 25 in attendance.

NC State shot 52% from the floor and had 18 steals, the most under fourth-year coach Kevin Keatts. The Wolfpack forced 32 turnovers, turning them into 40 points.

The Wolfpack opened the second half on a 25-7 run for a 68-38 lead with about 10 minutes left. Beverly scored 10 points and Dereon Seabron added four points on a pair of dunks during the stretch.