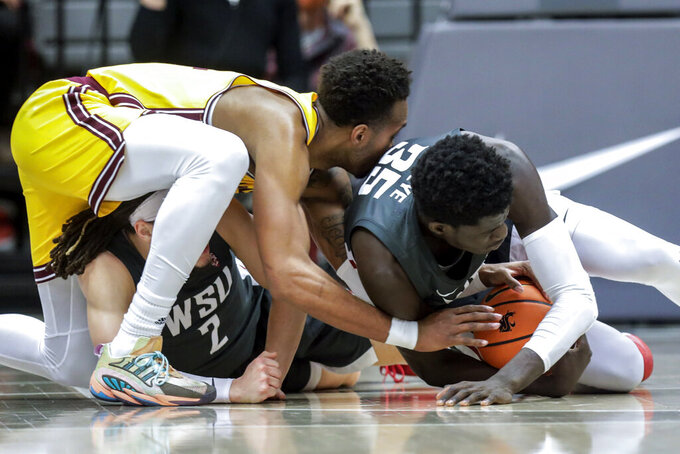 Arizona State took the lead for good with 15:48 to play and led by as many as eight. Tyrell Roberts made consecutive 3-pointers to pull the Cougars to 53-52 with 2:53 left, but Jackson answered with a 3 and Graham a jumper to extend the lead to 58-52.

Michael Flowers’ 3-pointer pulled Washington State within three and the Cougars then forced a turnover with 23.2 left. But Roberts’ 3-point attempt from the top of the arc hit the front of the rim.

Yet Arizona State had another turnover on the inbounds pass on its next possession following a timeout with 4.2 left. The Cougars turned the ball over on a cross-court pass on the inbounds to end it.

Roberts scored 14 points with four 3-pointers for Washington State (14-9, 7-5). Mouhamed Gueye added 12 points. Flowers, who has averaged 18.8 points in the last four games, finished with six on a pair of 3-pointers.

Washington State, which lost to fourth-ranked Arizona on Thursday, has lost consecutive games since ending a five-game winning streak.