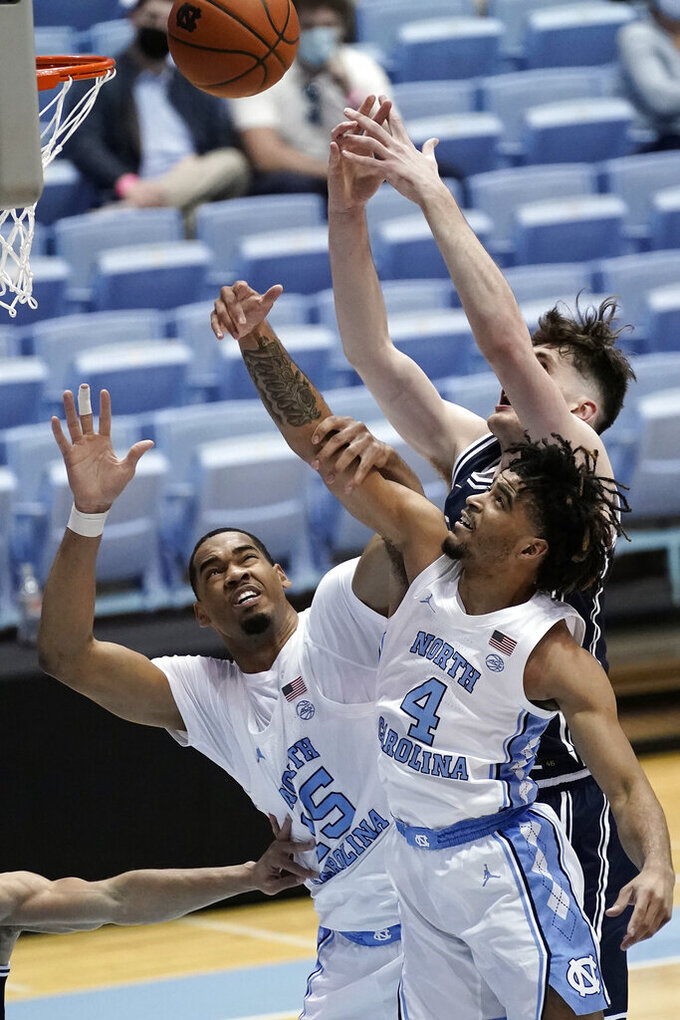 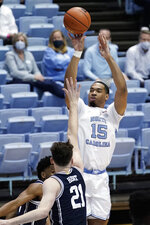 CHAPEL HILL, N.C. (AP) — Armando Bacot, Kerwin Walton and Caleb Love scored 18 points apiece and North Carolina never trailed it its 91-73 win over Duke on Saturday in the regular-season finale for both teams.

The Tar Heels will be the No. 6 seed and earned a first-round bye in next week's conference tournament. Tenth-seeded seed Duke (11-11, 9-9) plays No. 15 seed Boston College in Tuesday's first round.

Bacot scored seven consecutive points to start a 22-4 run that made it 26-6 when he capped the spurt with a dunk midway through the first half.

The Blue Devils finished the regular season without a winning record for the first time since 1994-95. Duke has made 24 consecutive NCAA tournament appearances, the second-longest active streak of its kind, but will likely have to win five games in as many days at the ACC tourney to earn a berth this year. The Blue Devils' longest win streak this season is four.

Duke trimmed its deficit to 13 when Wendell Moore Jr. hit a jumper early in the second half by Walton answered with a 3 and the Blue Devils got no closer.