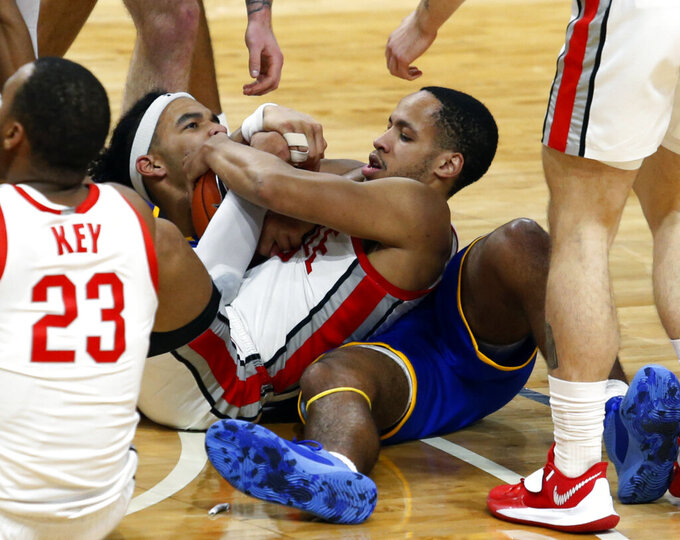 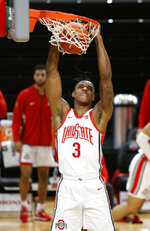 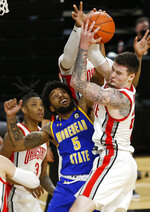 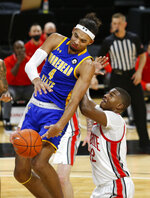 Ohio State coach Chris Holtmann liked the way his team played after a lackluster effort in a 74-64 win over UMass Lowell on Sunday.

“This was a definite improvement from the other night,” Holtmann said. “That was good to see. I thought we played more connected on both ends."

Liddell, a sophomore emerging as a leader for the Buckeyes, was 6 of 9 from the floor and 4 of 4 at the foul line. He also grabbed seven rebounds.

“We needed to come out and just compete,” Liddell said. “We didn’t compete at our highest level on Sunday. I felt like this was a good bounce-back game to come out and show what we could do."

DeVon Cooper scored 13 points for Morehead State (1-3), which shot a dismal 25% from the floor. Skyelar Potter had 11.

Ohio State led 37-27 at the break. Young, a 6-foot-8 power forward, made it 54-37 with his fifth career 3-pointer midway through the second half, and the Buckeyes took off from there.

Young added a dunk in transition off a Washington pass, and Washington hit a 3 as Ohio State went up 65-42 with 5:04 left. The lead ballooned to as many as 32 points as Ahrens hit a trio of 3-pointers and Washington made one for a 77-42 lead with just over a minute left.

Morehead State missed its last 11 shots from the floor and was outscored 19-2 over the game’s last seven minutes.

“I thought we had a really good first half,” Morehead State coach Preston Spradlin said. “I thought our guys stayed in the game and competed. The game got away from us. Anytime you only make four field goals in the second half, you’re going to have a tough time winning. We missed a lot of easy shots, and you have to give Ohio State credit for that.”

Morehead State: The Eagles hung with Ohio State for about 27 minutes before falling back. They'll find the going easier when they dive into Ohio Valley Conference play next week.

Ohio State: The Buckeyes are showing progress as they tune up for their first road game and first real test at Notre Dame as part of the ACC/Big Ten Challenge next week.

Ohio State was playing its second home game at the new 3,700-seat Covelli Center on campus, which was built as a home for seven varsity sports. The game was played without fans due to COVID-19. The building switch was made to save money on making two midweek conversions at the larger arena with a weekend hockey series scheduled. The Buckeyes are scheduled to be back at their usual home, Value City Arena, on Saturday.

Under Big Ten COVID-19 protocols, both teams must be tested on the morning of each game. Holtmann talked about the nervousness as he has waiting for an “all-clear” text each game day.

“On Sunday, we had a 6:30 (a.m.) testing for a noon tip,” Holtmann said. “We went from testing, which takes 45 minutes to an hour, to a walkthrough in our practice gym, to film, to a pregame meal and then they came back over (to the arena). When our team is cleared and the other team is cleared, I typically get a text. ... Every game you get, you’re grateful to play."