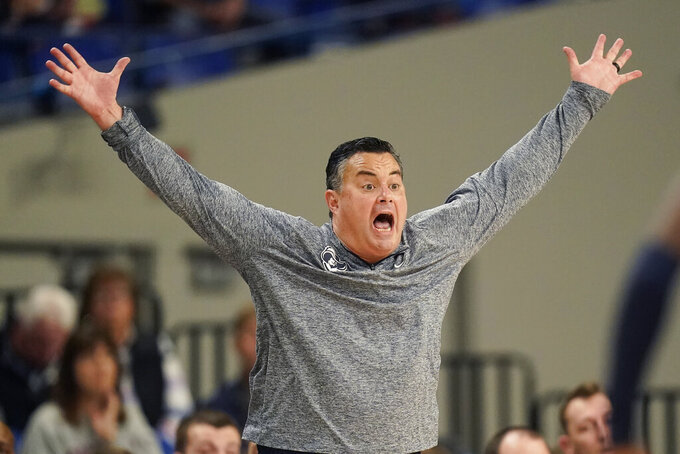 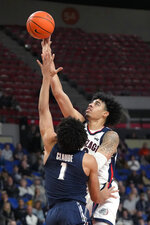 PORTLAND, Ore. (AP) — Julian Strawther scored 23 points, including 10 in the final 4:07, and No. 6 Gonzaga beat Xavier 88-84 on Sunday in the third-place game of the Phil Knight Legacy men’s tournament.

Each of Gonzaga’s starters scored in double figures. Drew Timme and Anton Watson had 16 points apiece. Nolan Hickman finished with 14, and Rasir Bolton had 13 points and six assists.

“I tip my cap,” Xavier coach Sean Miller said of Strawther. “I watched him as a high schooler in Las Vegas and what he’s become as a player is a testament to Gonzaga and their staff. And it’s really a tribute to Julian.”

Timme struggled in the first half but his teammates continued to feed him.

“He was telling us ‘I’m struggling, carry me’ and we said ‘No we’re going to get you the ball in your spots’ and I thought he did a great job,” Strawther said.

“I don’t think we really shut Nunge down at the end, he just didn’t get any shots,” Gonzaga coach Mark Few said.

“Our inability to get rebounds and our inability to get key stops plagues us against this kind of competition,” Miller said. “We can get through games in November playing against others and still win, but not here against the teams we just played. You get exposed if you can’t defend.”

Gonzaga: Ball movement was key for Gonzaga’s offense. Gonzaga had 23 assists on 31 made baskets compared to only 17 assists for Xavier.