UNC wins despite shooting under 30%, a program first 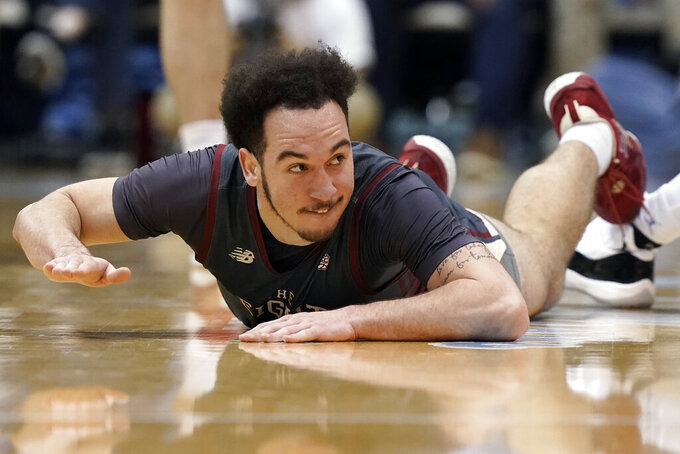 The Tar Heels (14-6, 6-3 Atlantic Coast Conference) survived an off-night by their top scorer and ACC field-goal percentage leader Armando Bacot, who was only 1-of-10 shooting for six points though he had 18 rebounds. Bacot's string of double-doubles ended at 10.

BC's last lead came at 13-12 but it stayed within single digits and trailed by three after a basket by Brevin Galloway with 7:13 remaining. The Eagles didn't score again, missing their final 10 shots.

In the first half, UNC went on a 9-0 run with six points from Kerwin Walton while BC missed nine straight shots enabling the Tar Heels to take an eight-point lead by the 8-minute media timeout. James Karnick scored six of the Eagles' last eight points to get BC within 33-31 at halftime.

BC is home against Pittsburgh, while UNC, 11-0 at home this season, is host to NC State on Saturday.