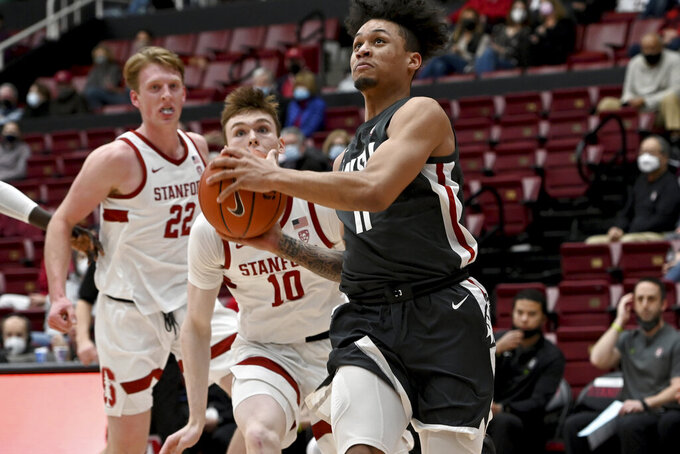 Flowers' 3-pointer stretched the Cougars' lead to 63-55 with 4:11 remaining. Spencer Jones made a 3 and James Keefe added a dunk to pull Stanford to 63-60 with 1:18 left. Later, an Isa Silva 3-point attempt hit the back of the rim and Harrison Ingram missed a 3 on the Cardinal's final possession. Efe Abogidi made 3 of 4 free throws to seal it for the Cougars.

Washington State (13-7, 6-3 Pac-12) avenged a 62-57 loss at home to Stanford on Jan. 13, their last defeat before starting their current win streak. The Cardinal utilized a season-best 23-0 run in the second half for that win.

Flowers was 7 of 14 from the field and made four of the Cougars' 10 3-pointers. Tyrell Roberts added 12 points. Washington State scored 21 points from 13 Stanford turnovers.

Washington State never trailed, opening with an 11-2 run while building 33-21 halftime advantage. Roberts scored 12 points and Flowers had 10. The Cardinal shot 29% from the floor and missed 13 of their 16 3-point attempts before the break.

The Cougars led by as many as 16 points in the second half.

Washington State plays at California on Saturday. Stanford, which has lost two of its last three games, hosts Washington on Sunday.