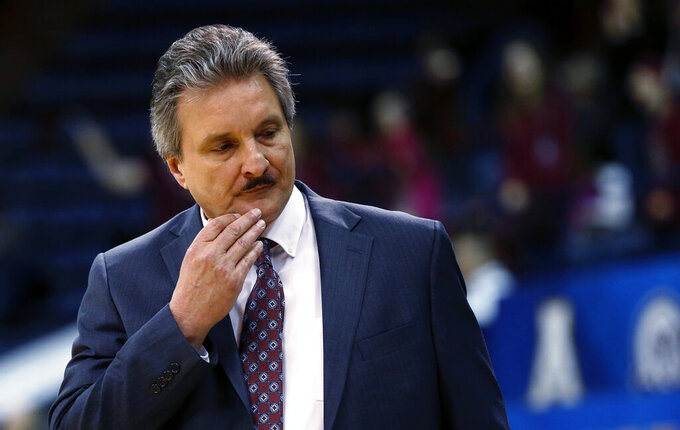 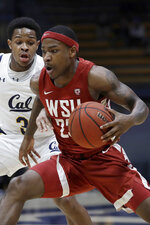 Athletic director Larry Teis said the investigation would be handled through the school's Office of Equal Opportunity and Title IX, adding: “I personally find these allegations deeply troubling.”

Shead, who transferred to Washington State before last season, did not immediately response to requests for comment Friday, nor did Kaspar, who has coached the Bobcats since 2013.

Shead played one season for the Bobcats, in 2018-19. He averaged 7.9 points and 4.8 assists per game. He said the taunts were almost daily and that players became “numb.” He said Kaspar’s behavior is why he transferred.

“I could not turn away from the many racially insensitive things that were said to me and other teammates,” Shead wrote. “I had never seen someone abuse their power in such a way before, especially someone who claimed he ‘cared about us.’”

Shead alleged Kaspar told players to run faster in sprint drills by telling them to “chase that chicken.” In another instance, Shead said Kaspar told him he was “running like the cops are behind him” when he was doing a drill faster than his teammates.

In other drills, Shead said Kaspar told his players, “If a brown man with a turban and AK-47 walked in, I bet ya'll would run as fast as you could.”

Shead wrote that Kaspar told players he would start using a racial slur for African-Americans if he heard his players using it. In another instance, Shead wrote that Kaspar met with the players after grades were posted and taunted several of them with comments they would end up “working at a Popeyes Chicken” of “he'll be a manger at Hertz."

“Most of the jobs he predicted for us were catered toward black stereotypes,” Shead wrote..

Shead alleged Kaspar also taunted a European player in one practice by telling him that a lot of Texas State alumni are supporters of President Donald Trump and that “You keep messing up, I'll have you deported.”

Teis said the department the athletic department would “fully cooperate with the investigation.”

“The Department of Athletics is committed to strengthening our university culture that values and supports diversity, equity and inclusion for our student-athletes, staff, and community,” Teis said.