Purdue's Edey staying in school rather than entering draft 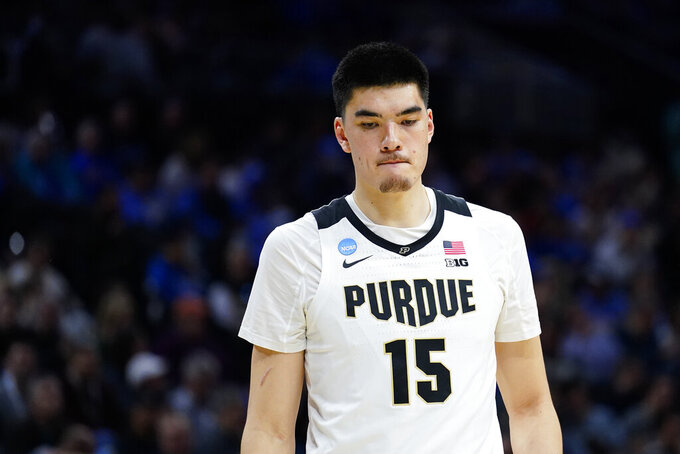 Purdue's Zach Edey reacts during the first half of a college basketball game against Saint Peter's in the Sweet 16 round of the NCAA tournament, Friday, March 25, 2022, in Philadelphia. (AP Photo/Matt Rourke)

The 7-foot-4 center from Toronto averaged 14.4 points, 7.7 rebounds, 1.2 assists and 1.2 blocks this past season while playing just 19 minutes per game. He was an Associated Press second-team all-Big Ten selection. He received honorable mention on the AP All-America team.

Edey shot 64.8% to rank third among all Division I players in field-goal percentage. He’s the only player in the last 30 years to average at least 14 points, 7 rebounds, 1 assist and 1 block in under 20 minutes per game.

His decision to return to school comes after Purdue teammates Jaden Ivey and Trevion Williams announced they were entering the draft.