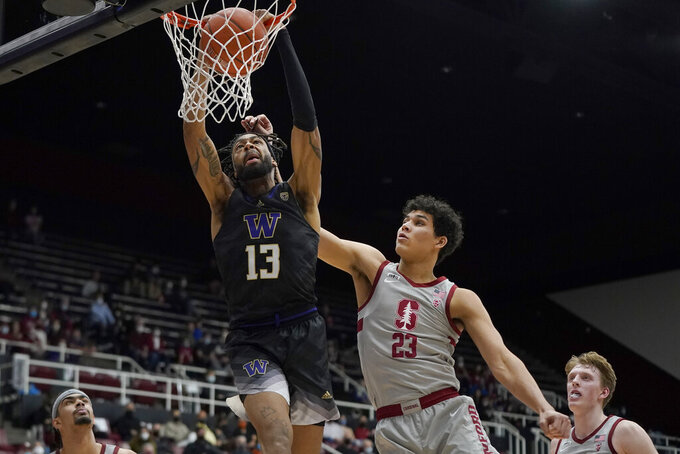 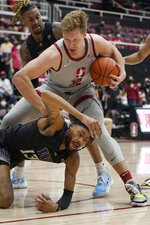 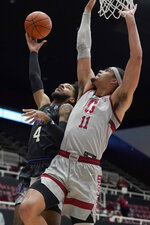 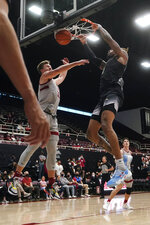 Ingram's 3-pointer capped a 9-0 run to open the game and the Cardinal (14-8, 7-5 Pac-12 Conference) never looked back. Ingram added 10 rebounds for his fifth double-double of the season. Spencer Jones scored 12, while Keefe had eight rebounds.

Reserve P.J. Fuller scored nine points as the Huskies' bench outscored Stanford's subs 16-2 in the opening half. Terrell Brown Jr. had 12 points at halftime, but the rest of UW's starters scored just five — all by Nate Roberts.

Brown finished with 30 points — two off his season high — on 13-of-23 shooting for the Huskies (12-9, 7-4). It was the fourth time this season the senior has scored 30 or more. Brown also had seven rebounds and six assists. Fuller finished with 11 points.

Stanford gained a split against the visiting Washington schools after losing to Washington State 66-60 on Thursday. Stanford beat WSU in Pullman and lost to the Huskies in Seattle earlier this season.

Stanford stays home to host No. 3 UCLA on Tuesday. Washington plays Thursday and will entertain Arizona State. The Sun Devils upset the visiting Bruins on Saturday 87-84 in triple overtime.