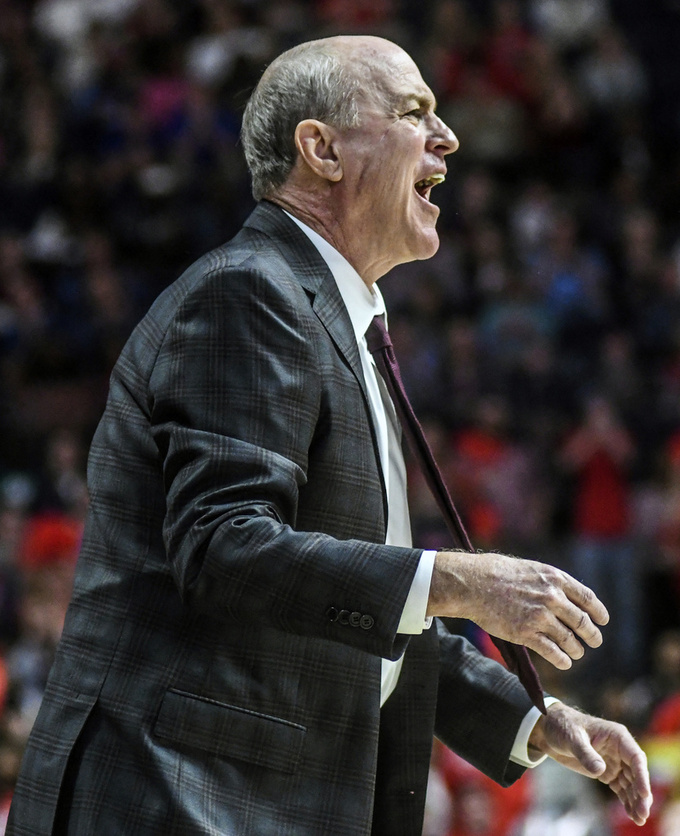 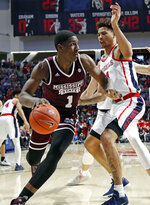 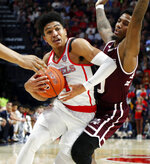 OXFORD, Miss. (AP) — A handful of Mississippi's players were surrounding the basket during the second half when Mississippi State's Reggie Perry slid between them unnoticed, grabbing another offensive rebound before making a layup.

A few minutes later, Perry was at it again, finding an open spot behind the 3-point line and hitting the jumper that would give the 22nd-ranked Bulldogs the lead for good in an 81-75 victory over rival Ole Miss on Saturday.

The 6-foot-10 freshman has quickly grown from a role player to an indispensable presence for the Bulldogs. He scored a career-high 21 points and grabbed 11 rebounds — including seven on the offensive end — to push Mississippi State to its fourth win in six games.

"I just wanted to come out more aggressive," Perry said. "My confidence has been up, pretty much since we started SEC play. My teammates have done a good job of putting me in the right position and keeping me motivated."

Mississippi State (16-5, 4-4 SEC) got some payback after losing to Ole Miss 81-77 at home last month. Quinndary Weatherspoon's game-high 27 points were a big reason for that, but so was Perry, who was starting just his second conference game.

"Reggie was phenomenal," coach Ben Howland said. "This is the type of effort I hope to see every day in terms of productivity."

Ole Miss (14-7, 4-4) led for a big portion of the second half before Mississippi State used a 9-0 run to take a 66-60 lead with eight minutes left. The Rebels pulled even at 73 on Breein Tyree's 3-pointer, but never could regain the lead.

Perry hit a 3-pointer that made it 76-73. He was shooting just 22 percent from behind the arc for the season before making both of his 3-point attempts on Saturday. He posted a career high for a second straight game after finishing with 18 points against Alabama earlier in the week.

Tyree led Ole Miss with 25 points, making 7 of 15 shots, including 5 of 7 from 3-point range. It wasn't enough to offset Mississippi State's 40-28 rebounding advantage and overall dominance in the paint.

"We had some chances to win the game," Ole Miss coach Kermit Davis said. "But eventually toughness won out."

Ole Miss scored 13 straight points midway through the first half in taking a 43-39 lead at the break. Devontae Shuler had 14 points at halftime for the Rebels, making all three of his 3-point attempts.

Perry started in place of senior Aric Holman, who has been inconsistent over the past few weeks. Howland said he believes Holman has been "pressing too much" and wanted him to relax. Holman had no points and two rebounds against Ole Miss in a season-low nine minutes.

Junior Tyson Carter started in place of sophomore Nick Weatherspoon. Howland said the switch was because of a "discipline thing, not a major thing." Carter finished with five points and four assists in 21 minutes. Weatherspoon came off the bench to score six points in 26 minutes.

Mississippi State: It's an important win for the Bulldogs, who are climbing back into the top half of the Southeastern Conference. Perry's improvement has been crucial. So has Weatherspoon's consistency — the senior has scored in double figures in 19 of 21 games this season.

Ole Miss: That's another tough loss for the Rebels, who also fell to Florida in overtime earlier this week. Tyree had a great game, but everyone else on the roster was inconsistent. Ole Miss was pushed around in the post and needs more production from 7-footer Dominik Olejnickzak, who finished with no points and no rebounds in 12 minutes.