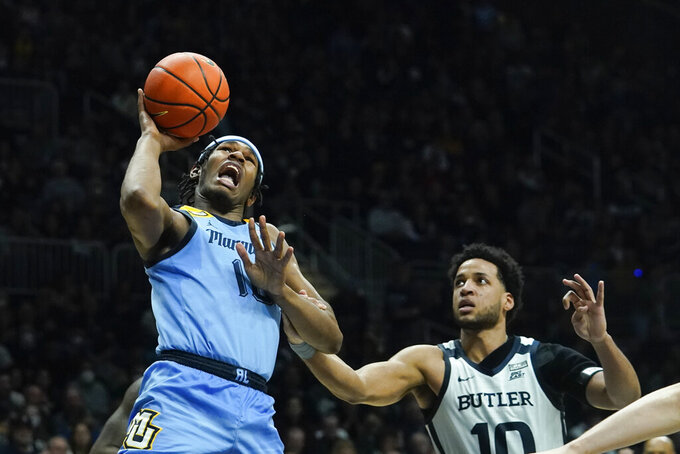 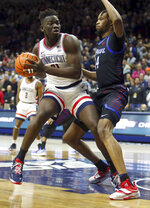 NEW YORK (AP) — Villanova guard Collin Gillespie was the only unanimous pick for the all-Big East team Sunday, and St. John's forward Julian Champagnie joined him as a repeat selection.

Gillespie, the co-Big East player of the year last season, is averaging 16.3 points per game to pace the 11th-ranked Wildcats. He leads the conference in 3-point shooting (43.1%) and free-throw percentage (91.5%).

Champagnie is averaging 18.9 points and 6.6 rebounds. He just missed winning the Big East scoring title for the second consecutive year, nipped by Lewis in the final game of the regular season.

The conference’s head coaches vote for the all-conference teams and are not allowed to pick their own players.

The league's player of the year will come from the all-Big East first team. The winner will be announced Wednesday afternoon at Madison Square Garden before the Big East Tournament opener, when the conference also reveals its coach of the year, freshman of the year and scholar-athlete of the year.

Nembhard was a unanimous selection to the all-freshman team, along with Georgetown guard Aminu Mohammed and Marquette guard Kam Jones. UConn guard Jordan Hawkins also made the squad.