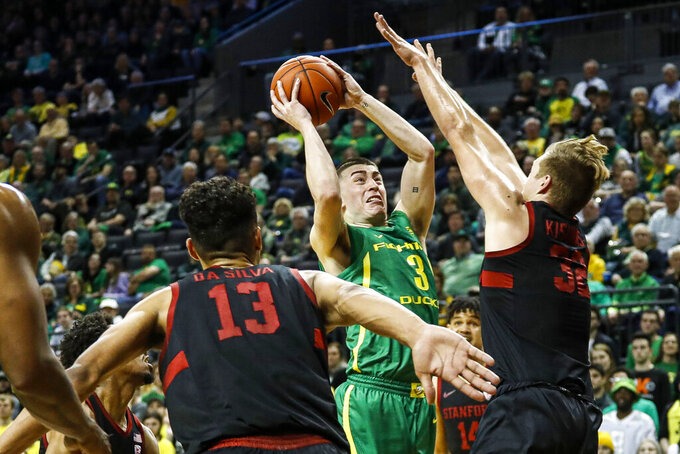 Toppin, along with Saddiq Bey of Villanova, Luka Garza of Iowa, Myles Powell of Seton Hall and Peyton Pritchard of Oregon, also won positional awards from the Basketball Hall of Fame.

The winners were announced Tuesday on ESPN's “SportsCenter" broadcast. They are usually honored at the College Basketball Awards in Los Angeles, which was scheduled for Friday, but got canceled because of the coronavirus pandemic.

Toppin is the first player from Dayton to win the Wooden Award and the first Atlantic-10 Conference player to do so since Jameer Nelson of St. Joseph's in 2004. Toppin averaged 20 points, 7.0 rebounds and shot 60% from the field. He led the nation in dunks with a school-record 107 and his 190 career slams also set a school mark.

Garza was named the Kareem Abdul-Jabbar Center of the Year. He averaged 23.9 points, 9.8 rebounds and 1.8 blocks.

Powell earned the Jerry West Shooting Guard of the Year. He averaged 21 points, 4.3 rebounds and 2.9 assists.

The Bob Cousy Point Guard of the Year went to Pritchard, who averaged 20.5 points, 5.5 assists and shot 82% from the free-throw line.

Each award’s namesake headed his own selection committee to evaluate candidates throughout the season. Fans also were able to vote.