The home of the Masters is a draw for basketball's best, too 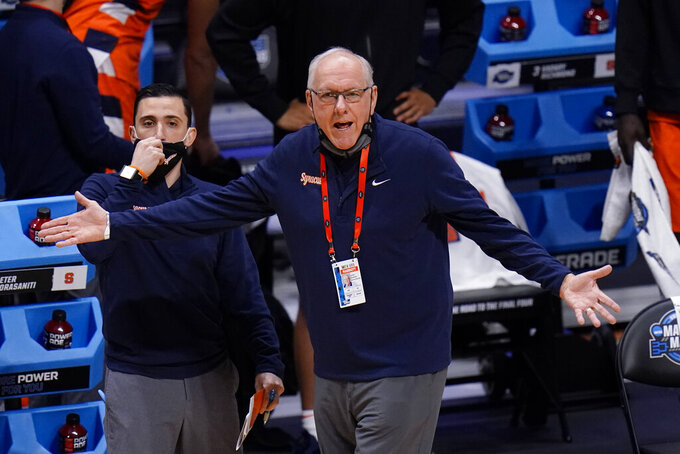 Syracuse head coach Jim Boeheim watches against Houston in the first half of a Sweet 16 game in the NCAA men's college basketball tournament at Hinkle Fieldhouse in Indianapolis, Saturday, March 27, 2021. (AP Photo/AJ Mast) 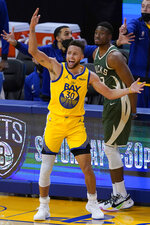 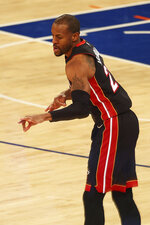 A couple hours after the game ended, Boeheim made a phone call.

Even after the biggest win of his life, Augusta National was on his mind.

“I had a deal with a guy that if we won the national championship, he’d get me onto Augusta National,” Boeheim said. “It was like 3 in the morning, right after the championship game, and we called to make sure it would happen.”

This is the lure of Augusta National. If you find your way onto the grounds — either as a patron for the Masters, or in the even smaller club of people who can say that they played the course — it’s a memory for life. And in recent years, basketball coaches and players seem to have become particularly fond of the chance to be where the Masters happens.

“It's a special place, obviously," said Golden State guard Stephen Curry, who has played Augusta National a couple times. “There's a lot of history there. You get to watch the tournament every year, you feel like you know every hole if you've been there before or not. And if you get to play it, it's even that much more special to have that experience and walk those same grounds."

Curry half-seriously considered walking off Augusta after his first hole there; he made birdie, so he technically could have said for the rest of his life that he was under par on the course where they play the Masters.

To him, Augusta has “a majestic nature."

The Warriors don't have a game Thursday, so Curry will get to watch a good deal of the first round, at least. And he won't be the only NBA guy finding time to watch plenty of golf throughout the rest of this week, either.

“Hypothetically, if I could play there, it’s probably what the kids want to do when they want to go to Disney World with a pass and no other people there, no lines to wait in and free food and free toys and gifts,” Miami forward Andre Iguodala said playfully, because he didn't want to actually come out and confirm that he's played Augusta National. “That’s what it’s like ... I would imagine.”

Iguodala has played there; the 2015 NBA Finals MVP for Golden State got on with Curry and some other members of the Warriors’ organization on an off day a few years ago. Iguodala left with such respect for the course that he even changed the way he practices golf; he’s tried to find ways to account for uphill, downhill and sidehill lies, which are all part of the charm and challenge at the Masters.

“You have a lot of respect for guys who win that tournament,” Iguodala said, noting that nobody has a lucky win at Augusta National. “You’ve got to go get it.”

For some in basketball, Augusta National is a place to compete.

For at least one other, it was a place to contemplate whether a career should end.

He prepared to tell his team, and the rest of the world, the news by coming to Augusta National and playing 36 holes. And even at the news conference where he made it official, he made sure to publicly and proudly point out what he had done at the home of the Masters, that he shot 88 one day, 87 the next, and finished with pars on five of his final six holes.

“Between every shot, I wasn’t really thinking about hitting the golf ball,” Williams said. “I was thinking about how I was going to tell my players and getting through this press conference. So, I knew then, that if you can’t even think about golf when you’re at Augusta National, the decision that I felt about not being the right person any longer, that was pretty much confirmed.”

Even those who are relatively new to the game get Augusta National’s significance.

But yes, to him, Augusta was a huge deal.

“I’ve only been once and had the good fortune of visiting Butler Cabin with Jim Nantz,” Hill said, referring to his Final Four television broadcast partner. “Quite a treat, and I just started playing golf maybe four years ago.”

Boeheim had been to the Masters as a patron in 1997, when Tiger Woods won the green jacket for the first time.

He’s been back to play it twice since, the first time in large part because of that national-title win.

“We stayed there, played 36 holes and played the short course,” Boeheim said. “It’s one of the few things that’s better than you anticipate, even though you anticipate an awful lot. The day we played there might have been only two or three groups on the golf course. It was unbelievable.”

He’s played many of the world’s top courses. His tip for Masters patrons: Follow featured groups on the front, because most people head to the back and find seats around those greens. And one detail that stands out from his past visits to Augusta National only shows the reverence he has for the place.

“That first year Tiger won, I stayed and watched the ceremony,” Boeheim said. “When it was over, I had to walk back across the golf course to where I parked. And there wasn’t a piece of paper anywhere on the golf course. Not a wrapper. Nothing. If you throw paper down on the ground at Augusta, you know you’re going to hell. You won’t make it to heaven.”

Yes, that's how much he reveres the home of the Masters.