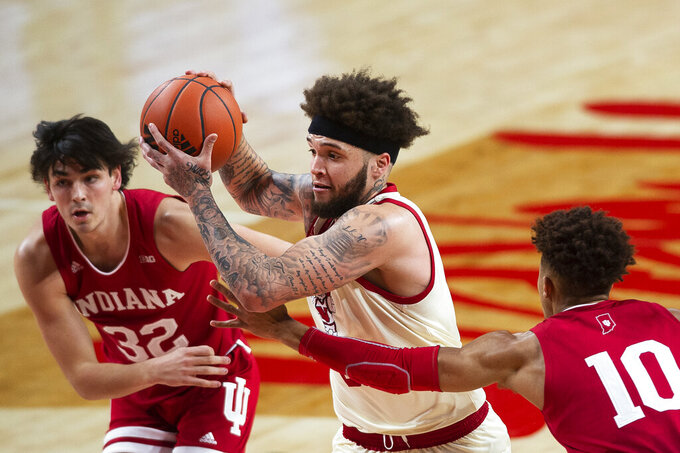 Nebraska's Teddy Allen, center, drives to the basket while guarded by Indiana's Trey Galloway and Rob Phinisee in the first half of an NCAA college basketball game on Sunday, Jan. 10, 2021. (Kenneth Ferriera/Lincoln Journal Star via AP) 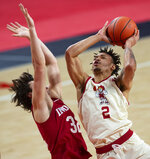 Trayce Jackson-Davis scored nine of his 15 points from the foul line and grabbed 11 rebounds and Race Thompson scored 11 for Indiana (8-5, 3-3 Big Ten Conference) which now has won three of its last four games.

Jackson-Davis' jump shot with 3:52 to go broke a 71-all tie after the lead went back-and-forth, and Indiana led the remainder.

Indiana moved its all-time record against the Huskers to 16-7 and have won four straight following a string of three consecutive losses.

Nebraska: Welcomes No. 12 Illinois to Lincoln on Wednesday.