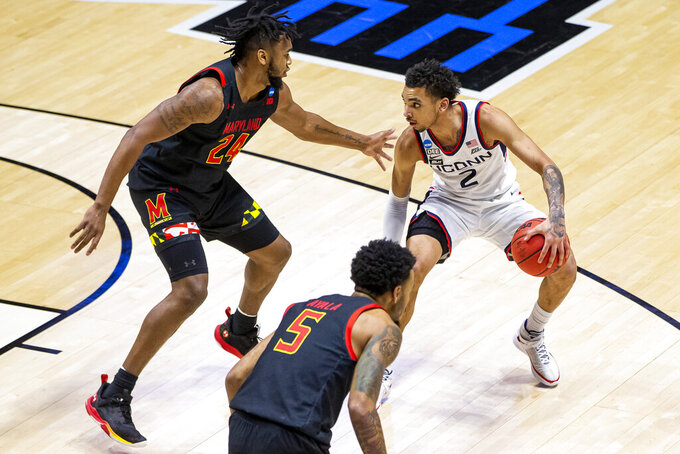 The 6-foot-5 guard made his decision public Wednesday on social media, writing that being in a position to be part of the league is “a dream come true.”

“It's been an honor to put on the UConn jersey every day,” he wrote on Twitter. “I've grown so much as a player here but more importantly as a person. I will cherish every experience I've had over the last two years and I truly believe every one of those experiences has prepared me for success as I move forward in my career.”

Bouknight averaged 18.7 points per game this season, but played in just 15 contests, missing eight games after undergoing elbow surgery in early January. He struggled in his final three games, shooting 34% from the floor and making 1 of 13 shots from 3-point range.

He made just four of 15 shots, scoring 14 points, in UConn's loss to Creighton in the Big East Tournament, then went 6 for 16 with 15 points in the Huskies' loss to Maryland in the opening round of the NCAA Tournament.

Coach Dan Hurley said last week he did not anticipate Bouknight returning for his junior season.

“Listen, if you’re a lottery pick, and you’re able to accomplish that in two years, that’s a pretty hard thing to turn down,” Hurley said.