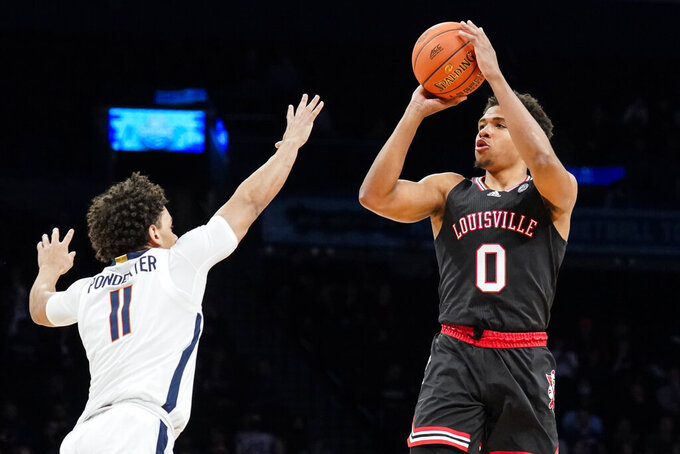 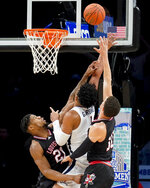 NEW YORK (AP) — Jayden Gardner tossed in 17 points and Kihei Clark scored 15 to help Virginia hold off Louisville 51-50 in the second round of the Atlantic Coast Conference tournament on Wednesday night.

Gardner hit a go-ahead jumper at the 1:28 mark and Reece Beekman made a layup following a missed 3-pointer by Jarrod West to put the Cavaliers up 49-45 with 40 seconds left. West missed another 3, but the Cardinals (13-19) grabbed three offensive rebounds before Malik Williams scored to make it 49-47 with 5 seconds to go.

Louisville fouled Gardner, who made two free throws for a four-point lead. That came in handy when Louisville's El Ellis buried a 3-pointer on the game's final shot.

Beekman had nine assists to go with eight points for the sixth-seeded Cavaliers.

Williams topped the 11th-seeded Cardinals, who led 24-20 at the half, with 11 points and 13 rebounds

Virginia beat Louisville twice during the regular season. The Cavaliers have won 14 of the last 15 matchups with Louisville and lead the all-time series 20-5.

Virginia, which finished outside of the top four spots in the ACC for just the second time in 10 seasons, advances to play No. 3 seed North Carolina in the quarterfinals on Thursday.