Mike Dunlap out as coach at Loyola Marymount after 6 seasons 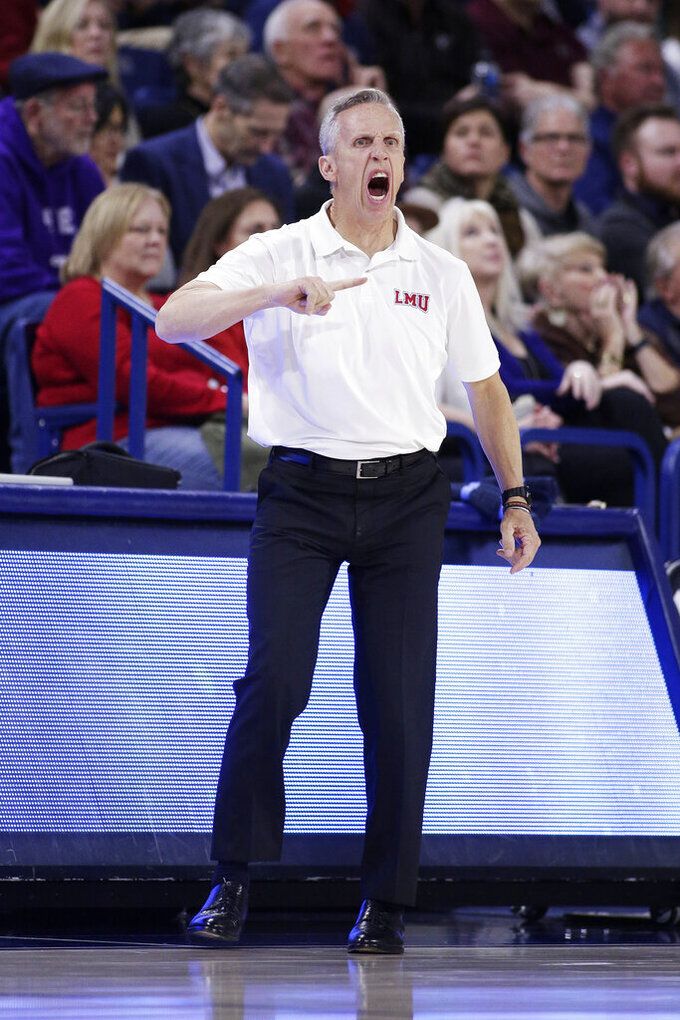 LOS ANGELES (AP) — Mike Dunlap is out as Loyola Marymount basketball coach after a record of 81-108 in six seasons.

Dunlap, a 1980 graduate of the school on Los Angeles' westside, had received a contract extension in August 2017 after leading the Lions to a better season than the one before in his first four years.

LMU was 11-21 overall and 4-12 in the West Coast Conference this season. The Lions won their opening game in the league tournament against San Diego before losing to San Francisco 82-53 on Friday.

Last season, the Lions began 8-0 and earned a postseason berth for just the third time since 1990. They reached the semifinals of the College Basketball Invitational. They also won the title at the Jamaica Classic.

“Mike has created a tremendous foundation for us to build on, elevating our program in so many areas,” Pintens said in a statement.

A national search for a new coach is underway.