Rutgers holds on for 1st win at Indiana, edge Hoosiers 74-70 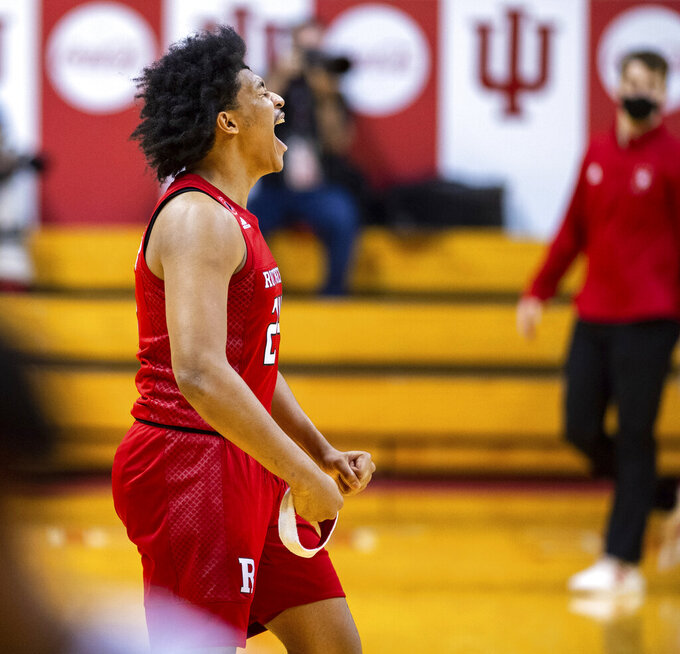 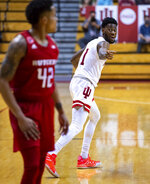 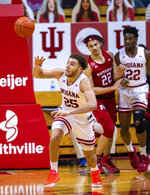 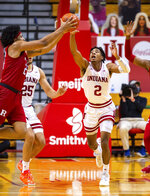 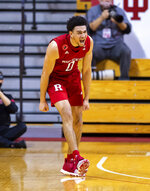 The Hoosiers were coming off a huge upset of No. 4 Iowa on Thursday night and had never lost to Rutgers at home.

Myles Johnson forced Saturday's outcome towards the Scarlet Knights (8-6, 4-6 Big Ten Conference), winning a tough rebound battle by knocking the ball off the glass to get a better angle on it, then passing it to the perimeter where Indiana, railing 73-70, was forced to foul before time ran out.

Rutgers, which joined the Big Ten in the 2014-15 season, has beaten Indiana in four of their last five meetings, but never in Bloomington.

Armaan Franklin's pull-up 3-pointer brought the Hoosiers, who had trailed by as many as 14 after halftime, to 62-59 with just under eight minutes to play. Franklin scored 12 of his 14 points after halftime.

Trayce Jackson-Davis, who had 23 points in Thursday’s upset at No. 4 Iowa, scored 13 points with seven rebounds for Indiana. Jackson-Davis was 4 of 10 shooting. Race Thompson scored 11.

Johnson had a hand in clutch plays down the stretch with a blocked shot, a drive for two points, two steals and two defensive rebounds in the last 9:05.

Rutgers plays host to Michigan State on Thursday. Indiana's Jan. 30 game at No. 7 Michigan has been postponed by the discovery of a new strain of coronavirus in the Wolverine program. The Hoosiers next play Feb. 2 when Illinois comes to Bloomington.