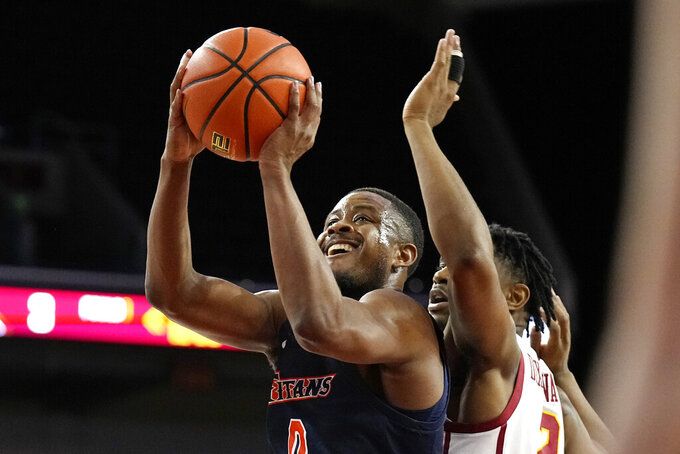 The Titans missed six consecutive shots and committed three turnovers over the first five minutes as USC scored the first 13 points and Reese Dixon-Waters made a driving layup that gave the Trojans a 22-5 lead midway through the first half.

Latrell Wrightsell Jr., the only Fullerton play to score in double figures, had 17 points.

Fullerton (4-5) shot just 27.6% (8 of29) in the first half but the Trojans scored just one point during a stretch of five-plus minutes and the Titans used a 16-5 spurt to trim their deficit to 27-21 late in the first half, but got no closer.

Johnson made a layup that gave USC a 37-26 lead with 17 minutes to play and Fullerton trailed by double figures the rest of the way.