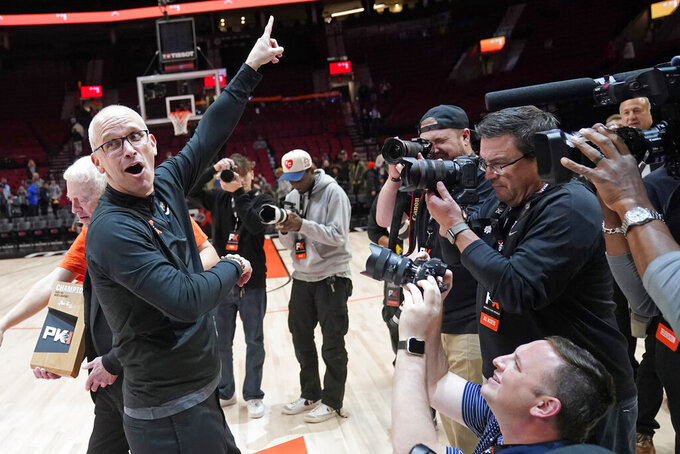 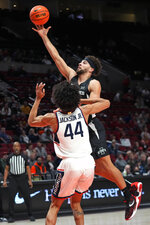 PORTLAND, Ore. (AP) — Donovan Clingan had 15 points and 10 rebounds to power No. 20 UConn to a 71-53 win over Iowa State in the championship game of the Phil Knight Invitational on Sunday night.

“They were the more aggressive team,” Iowa State coach T.J. Otzelberger said. “We wanted a physical game. We didn’t want a physical game with them getting the rebounds and then also us putting them on the foul line. Lesson that we’ve got to learn is we need to embrace being the aggressor at both ends of the floor at all times."

The Huskies had more offensive rebounds (20) than the Cyclones had total rebounds (19), and capitalized on that disparity with 20 second-chance points.

“Those guys are tough,” UConn coach Dan Hurley said. “T.J.‘s an excellent coach. They grind people up. To outrebound them, it just speaks to how tough we were."

Clingan, who was named tournament MVP, scored eight points to help UConn to a 38-28 lead at the break.

UConn: The Huskies couldn’t have asked for a better showing in Portland, winning all three of their games.

Iowa State: The Cyclones picked up nice wins over Villanova and top-ranked North Carolina in the earlier rounds but ended with their first loss of the season.