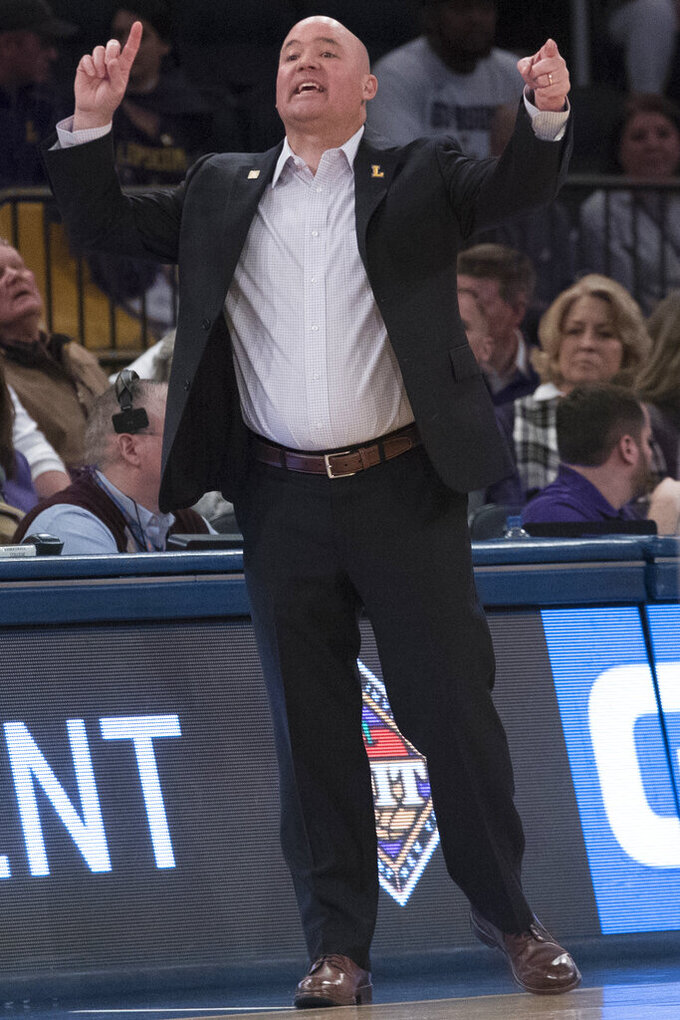 NASHVILLE, Tenn. (AP) — Casey Alexander has been hired as the 10th coach in Belmont history, succeeding his former coach and boss, Rick Byrd.

Athletic director Scott Corley announced the hiring of Alexander on Wednesday. Alexander will be introduced at a news conference Thursday.

The 46-year-old Alexander played at Belmont and spent 16 years as Byrd's assistant before leaving to become head coach at Stetson for two seasons. He spent the past six seasons coaching down the road from his alma mater at rival Lipscomb, leading the Bisons to their best three seasons as a Division I program and first NCAA Tournament berth.

He went 29-8 this season, winning the ASUN Conference regular-season title, and lost last week in the NIT championship.

Alexander says it's a privilege to return to Belmont where men's basketball always will be Byrd's program after 33 years as coach. Alexander says making Byrd proud and honoring his legacy is his biggest motivation.