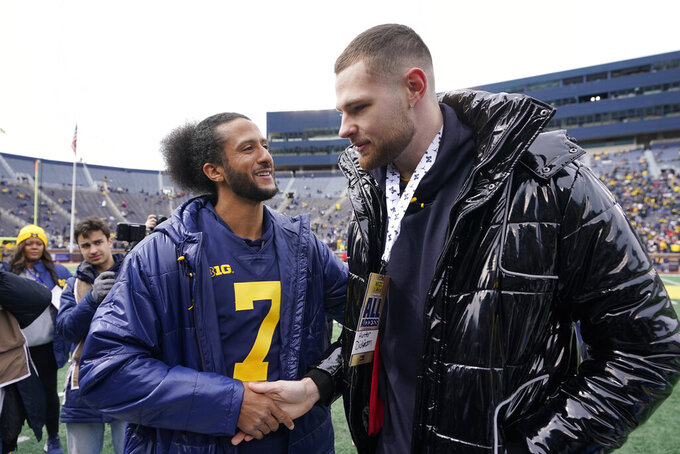 The 6-foot-11 forward announced his plans on Monday, a day after standout center Hunter Dickinson decided to return for his junior season.

Diabate started 26 of 32 games for the Wolverines, averaging nine points and six rebounds. He was born in Paris and played high school basketball in Florida. Diabate has until June 1 to withdraw from the draft.

The 7-foot-1 Dickinson averaged 18.6 points and 8.6 rebounds and 1.5 blocks a game last season, earning second-team All-Big Ten honors. He entered the draft and withdrew his name last year after being named the Big Ten freshman of the year and a second-team All-American in 2021.

Michigan freshman guard Caleb Houstan has not announced his plans. Houstan, who is from Mississauga, Ontario, led the team with 60 3-pointers, averaged 10 points and started in every game last season.