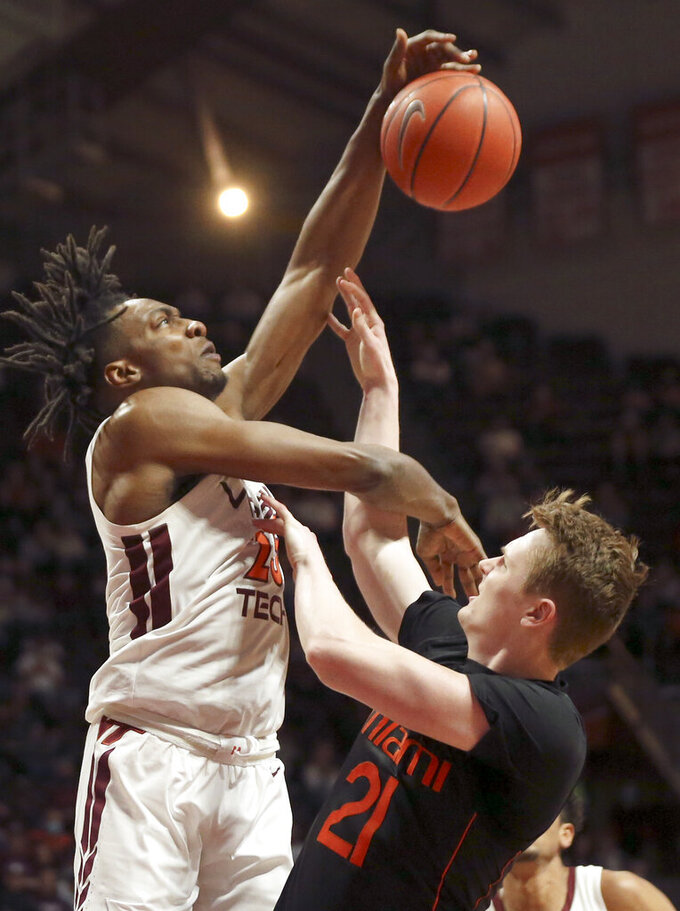 Miami's Sam Waardenburg (21) has his shot blocked and is fouled by Virginia Tech's Justyn Mutts (25) during the first half of an NCAA college basketball game, Wednesday, Jan. 26 2022, in Blacksburg Va. (Matt Gentry/The Roanoke Times via AP) 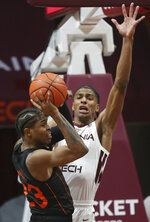 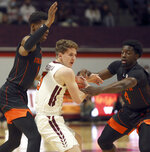 McGusty was called for an offensive foul when Storm Murphy took a charge just outside the restricted area with 28.7 seconds left and the score tied at 75-all. Hunter Cattoor missed a 3-point shot for Virginia Tech and the Hurricanes grabbed the rebound and called a timeout with 1.8 seconds left before Moore banked in a runner as time expired.

Cattoor hit a 3-pointer and Justyn Mutts made a layup with 2:24 to play to make it 75-70 but the Hokies missed their last three shots as Miami closed on an 8-0 run. Miller made a driving layup but missed the and-1 free throw before Wong was fouled on a 3-point shot and hit three free throws to tie it with 1:09 remaining.

Miami, picked in the preseason to finish No. 12 in the 15-team ACC, took a half-game lead over Florida State and Duke atop the conference standings. The Hurricanes play at Georgia Tech on Saturday.