Ohio State-UT Martin game off due to Buckeyes' COVID issues 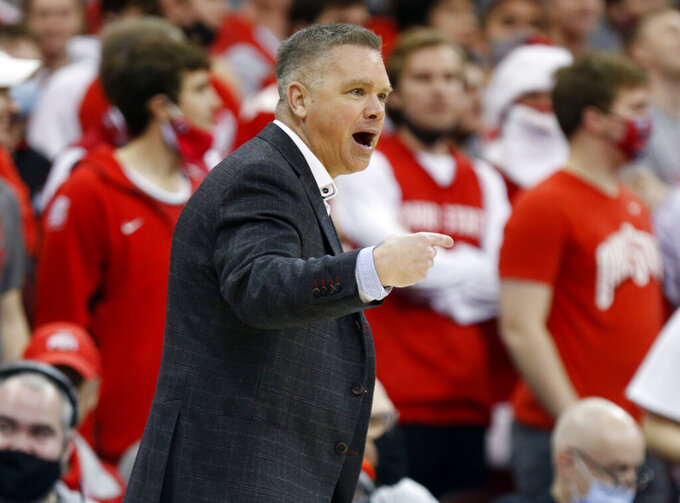 COLUMBUS, Ohio (AP) — The men’s basketball game scheduled for Tuesday between No. 15 Ohio State and Tennessee-Martin was canceled Sunday due to continuing COVID-19 issues within the Buckeyes' program.

Word of the cancellation came two days after Ohio State was supposed to play No. 21 Kentucky in Las Vegas in the CBS Sports Classic, a game that also was scrapped. Neither game will be rescheduled.

“The safety and well-being of the student-athletes, coaches, staff and Ohio State community continue to remain the highest priority,” the school said Sunday in a statement. “All team related activities will remain suspended, and the players and staff will continue to be tested according to Ohio State protocols in consultation with the Big Ten Conference.”

Elsewhere, a day after Memphis canceled Saturday’s game with No. 18 Tennessee less than an hour before tipoff, Memphis announced that its game Tuesday against Alabama State would not be played due to COVID-19 issues within the Tigers' program.