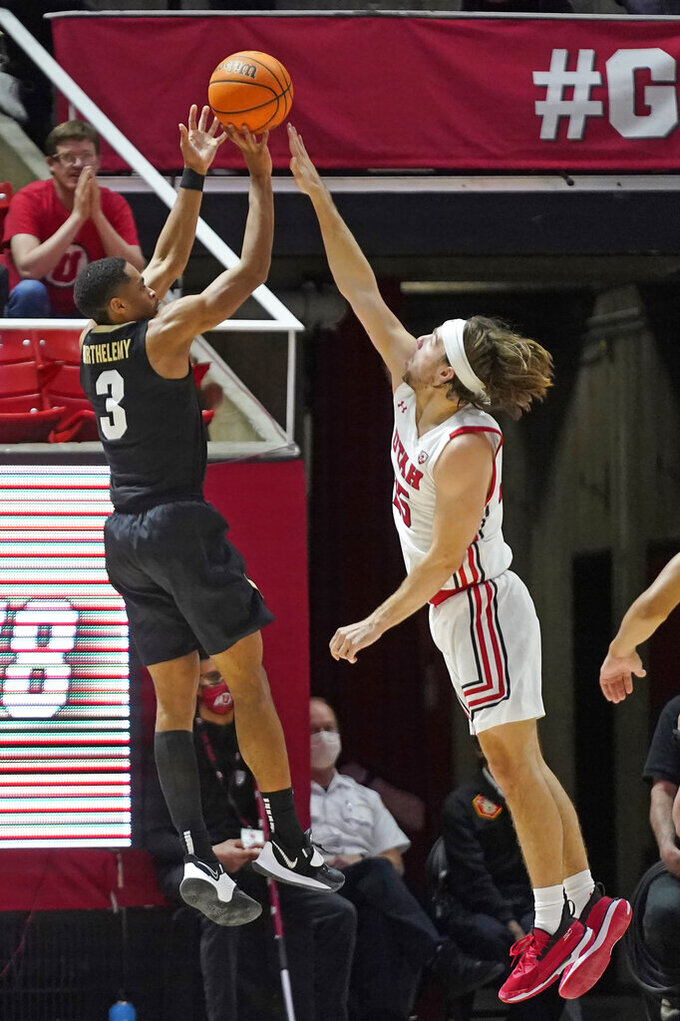 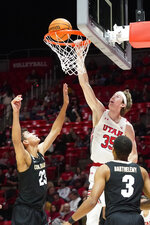 SALT LAKE CITY (AP) — Evan Battey used a career-best six 3-pointers on his way to a career-high 27 points and Colorado breezed to an 84-71 victory over Utah on Saturday night to earn the No. 4 seed in the Pac-12 Conference tournament.

Jabari Walker pitched in with 22 points, 12 rebounds and five assists for Colorado. Walker's 16th double-double of the season helped the Buffaloes win their 20th game in a season for the 13th time in school history and the ninth time in 12 seasons under Tad Boyle, including four straight. Boyle's 253 wins at Colorado are eight shy of Sox Walseth's program record.

The Buffaloes picked up right where they left off after posting a program-record-tying 79-63 win over No. 2 Arizona last time out. It matched the highest ranked opponent Colorado has beaten, tying a win over No. 2 Oklahoma State in 1992.

Nique Clifford added 11 points for the Buffs, who earned a first-round bye in the Pac-12 tourney.