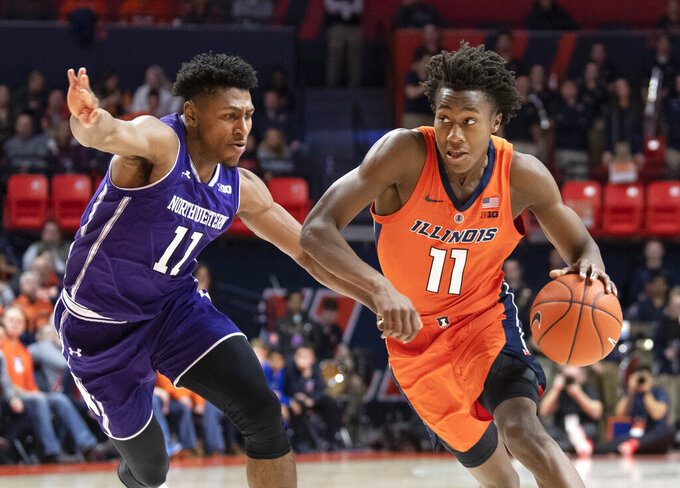 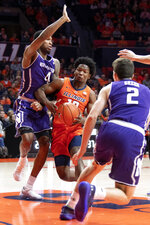 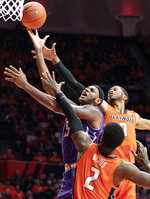 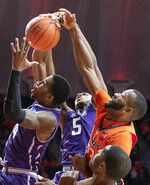 Feliz was philosophical after the game.

"Well, we had to be aggressive," he said. "So we were and that got us to the foul line. We embarrassed ourselves earlier in the season, and we've worked hard since then. This feels good."

All the points scored in the game's final seven minutes came from the foul line.

"I was proud of our guys in the second half," said Northwestern coach Chris Collins. "But we couldn't throw the ball into the ocean in the first half."

The Illini are 5-3 over the past eight games and are 6-6 over the last 12 games after starting Big Ten play 0-5. Illinois hosted Northwestern for just the third time in six seasons, with the last game in State Farm Center being played in 2017.

Northwestern stormed back to within three points when two intentional fouls sent Feliz to the line in the final 27 seconds.

"They did what good teams do in this conference," Underwood said. "They fought back."

Feliz hit the first two to put Illinois up by five points. After Northwestern again pulled to within 3 points, Feliz calmly sank two more free throws with 11.5 seconds left to seal the victory.

"We knew Feliz is a very electric guy," Collins said. "I mean, when you get 17 free throws in a game, that makes you more confident in the rest of your game."

After a dismal first half of shooting, especially from beyond the 3-point stripe, the Wildcats found their range after the break.

Taylor hit three 3-pointers and Vic Law hit another to pull Northwestern to within three at 46-43 with 14:29 left.

"We got some looks there in the second half and we made them," Collins said. "But you have to give their guards credit. They did a good job being aggressive and getting to the free-throw line, especially there at the end."

Illinois: Hosts Indiana on Thursday to close out the home regular season.