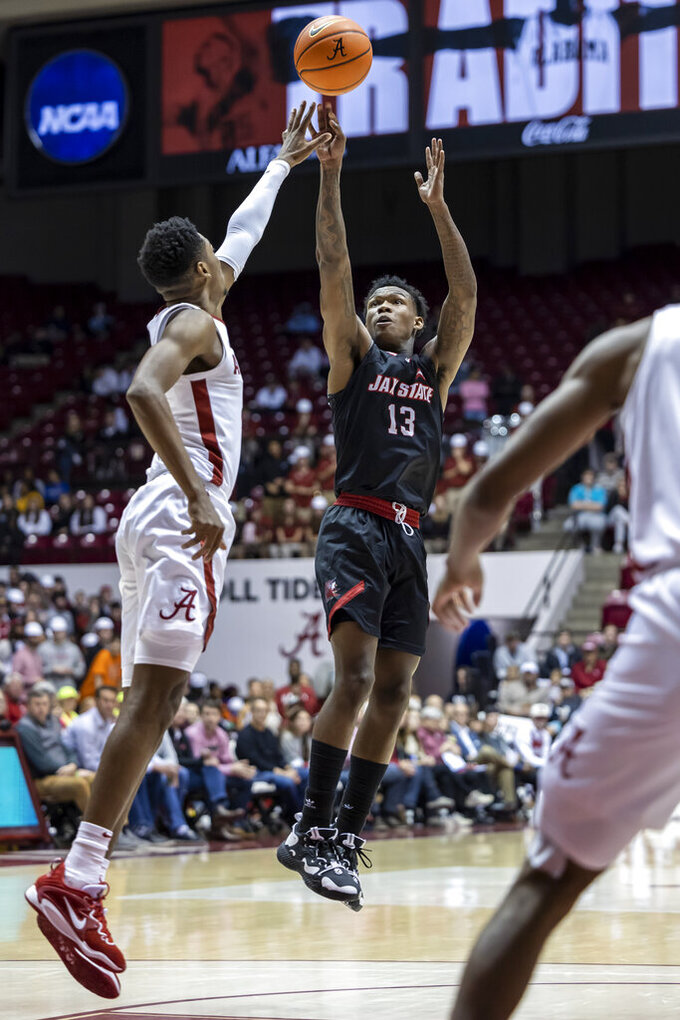 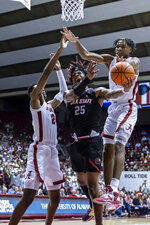 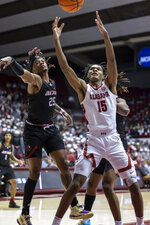 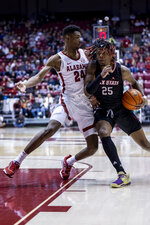 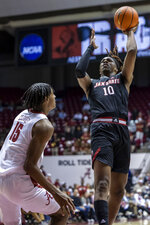 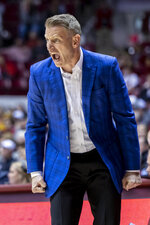 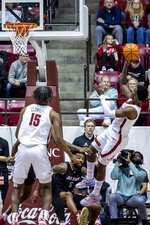 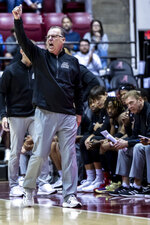 TUSCALOOSA, Ala. (AP) — Brandon Miller continued a dominant freshman campaign with 28 points, eight rebounds, three assists and a block in No. 18 Alabama’s 104-62 win over Jacksonville State on Friday night.

Miller shot 9 for 12 from the floor and made seven of his nine 3-point attempts while playing just 25 minutes.

“That’s as efficient as you’re going to see,” Alabama coach Nate Oats said. “He’s special. He has the size to shoot over guys, he can handle the ball so you can’t crowd him, he’ll get by you and get in the lane. He’s able to make plays for other guys, too.”

Alabama (4-0) also got 18 points each from Mark Sears and Nimari Burnett. Sears scored 16 of his points in a first-half onslaught. Burnett made five of his six 3-point attempts. Rylan Griffen scored nine points and Noah Clowney had eight.

’We didn’t get in a hurry, we didn’t take bad shots,” Jacksonville State coach Ray Harper said. “It all started with about two-and-a-half minutes left in the first half, I think we’re down four. We’re trying to get it slowed down, we take a quick floater with no passes and they go on an 8-0 run. In the second half, we didn’t do a good job keeping them off the offensive glass and we took ill-advised shots, and against a team like that, you can’t do that.”

This was the second game back for Jahvon Quinerly, who suffered a knee injury in last season's NCAA Tournament. He had six points and eight assists in 17 minutes, with no turnovers, showing why Alabama was thrilled to get him back earlier than expected.

“He’s got a real good grasp for what we’re trying to get done,” Oats said. “He knows where the space is on the floor, he knows where the help is coming from, he can go left hand or right hand. He’s ultra-skilled, so it’s great to get him back in. He’s hitting guys right in their shot pocket instead of too high or too low. Shooters need it in a position where they can make a shot, and he knows how to get it to them.”

Alabama will be tested by Power Five competition for the first time this season next week.

“It’s great to be 4-0 going into the stretch we have next week,” Oats said. “We have a pretty tough stretch there with the teams we’re facing in Portland, so we needed this one to be there before we head to Portland.”

Jacksonville State will host Elon on Tuesday, its first home game against a Division I opponent this season.

Alabama heads to Portland, Oregon, for the Phil Knight Invitational, starting with a Thanksgiving game against Michigan State.