No. 2 Baylor returns with 77-72 win to stay undefeated 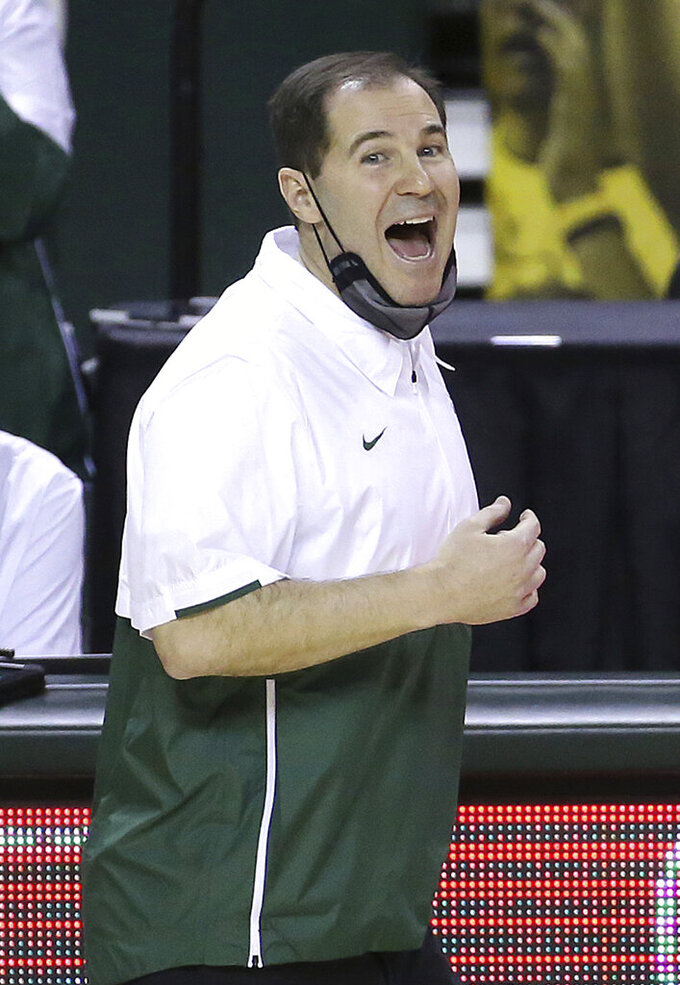 Baylor head coach Scott Drew calls in a play to his team in the first half of an NCAA college basketball game against Iowa State, Tuesday, Feb. 23, 2021, in Waco, Texas. (AP Photo/Jerry Larson) 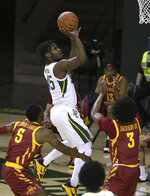 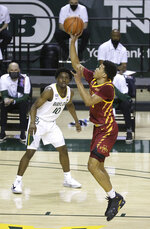 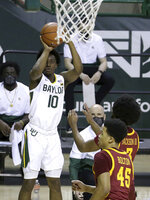 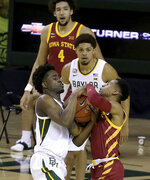 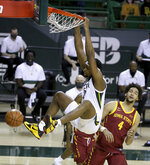 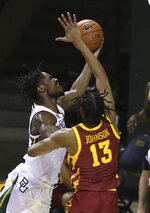 WACO, Texas (AP) — Baylor coach Scott Drew figures it will take his team some time to get back to normal after a three-week gap between games.

Even so, the No. 2 Bears are still undefeated. They finally overcame some of the rust and Iowa State for a 77-72 victory Tuesday night that made them 18-0 for the first time in school history.

They hadn't played since an 83-69 win at then-No. 6 Texas on Feb. 2, when they had matched the best start in school history. Baylor then had six consecutive games postponed because of COVID-19 issues in the program, and hadn't even had another full practice until Sunday.

“The best way I can explain what was going on, guys were out for numerous reasons,” Flagler said. “Spending time apart makes it difficult to practice and everything."

With 6-foot-8 forward Jonathan Tchamwa Tchatchoua out of the Baylor lineup, Mark Vital had 15 rebounds and three blocks.

Teague, who had 14 points, put the Bears up 66-65 with his two free throws with 4:26 left. They never trailed again, but needed a go-ahead basket by Teague after Coleman-Lands made a tying 3 with 2:53 left.

“Congrats to Baylor for figuring our a way to win, that’s why they’re No. 2 in the country,” Cyclones coach Steve Prohm said.

It was the closest game of the season for Baylor, which had won all of its previous games by at least eight points — and had only two games decided by fewer than 10 points.

“It really showed a lot of heart from our guys. I’ve talked to a lot of coaches that have had long pauses,” Drew said. “For those that have had it for reasons like us, normally they say three games until you’re normal, minimum. But to come away get a win and be able to perform like we did, very very pleased with that. ”

Butler hit two 3s in the first 1:15 of the second half to get the Bears within 39-38, and they had the ball back after Mitchell rebounded a bad shot by Harris. They got four shots on their next possession, but couldn't get any to fall to take the lead then.

Coming into the game second in the Big 12 averaging 17 points, Butler had three turnovers and took only one shot before halftime. That shot was a made 3-pointer with 1:54 left, part of Baylor's 17-5 run to go into halftime only down 37-32.

“We had some positive energy, mojo going into the locker room from that,” Drew said. “That kept it in striking distance where we could make that second-half push, and get back in it, get the lead.”

COULD HAVE BEEN A BEAR

Smith had already doubled his season average of 6.8 points by halftime for Iowa State, when had four 3-pointers and 14 points. The former Memphis transfer played his last two seasons with the Tigers after initially choosing between Memphis and Baylor out of high school.

Iowa State: The Cyclones have lost 13 games in a row, seven of those to ranked teams. They led in the second half at home against Baylor before losing Jan. 2, and came back from a 21-point deficit last Saturday against No. 7 Oklahoma to take the lead after halftime before losing.

“Last 40 minutes here, last 25 minutes against Oklahoma, something good is going to happen to this group,” Prohm said. “I don’t know what it is, when it is going to come, but we’ve got to continue to have great faith in who we are and what we’re about.”

Baylor: The Bears will only play a maximum 14 of their scheduled 18 conference games. The Big 12 has scheduled three makeup games for next week, but also canceled a Thursday home game against No. 10 West Virginia, which could be beneficial for the Bears to get some extra practice while trying to get back up to speed.

Iowa State is home against TCU on Saturday.

Baylor plays at No. 17 Kansas on Saturday.