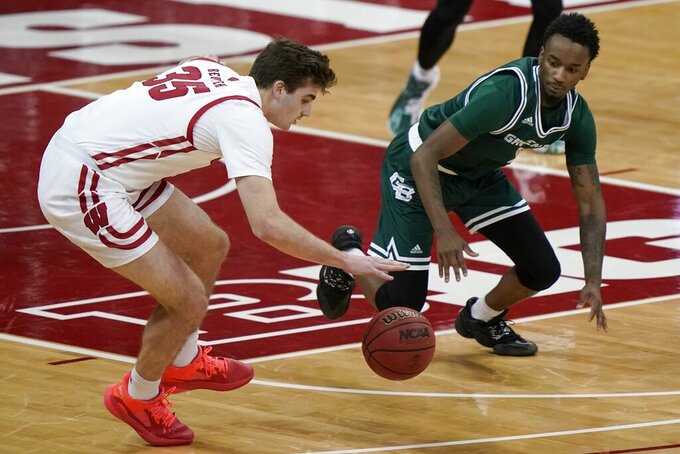 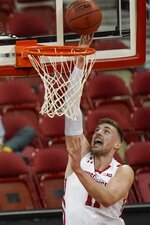 MADISON, Wis. (AP) — No. 4 Wisconsin made sure not to let anything interfere with the continuation of its winning streak Tuesday.

It didn’t matter if the man in charge of the opposite bench was the son of the winningest coach in Badgers history.

Micah Potter scored 14 points to lead five Badgers in double figures as Wisconsin breezed to an 82-42 victory over Green Bay on Tuesday in Phoenix coach Will Ryan’s return to Madison.

Wisconsin (3-0) has won 11 straight games. The streak began when the Badgers won their final eight games of the 2019-20 season to earn a share of the Big Ten title.

“It motivates us a lot,” said Wisconsin's Tyler Wahl, who had 11 points and a career-high 15 rebounds. “We wanted to pick up where we left off from last year.”

This matchup pitted two former colleagues against each other.

Bo Ryan coached Wisconsin from 2001-15 and posted a 364-130 record. There were no spectators Tuesday due to COVID-19 safety protocols, and Bo Ryan was expected to watch the game from his home in La Quinta, California.

“I’m sure he was glued to the TV overanalyzing both teams,” Will Ryan said. “Hopefully he can give us some words of wisdom tonight or tomorrow.”

Wisconsin's offense wasn't very sharp at the start of the day. The Badgers only led 13-8 nearly 13 minutes into the game despite holding Green Bay scoreless for a stretch that lasted over eight minutes.

Once the Badgers finally heated up, they put the game out of reach.

“We started to get in the flow,” Potter said. “We got our energy going from the defensive side of the floor. We were able to take better shots. We took good looks. We drove it. We took it strong to the hole, got good kick-outs for open shots. That was the biggest thing. We just settled early. Going forward, we're just going to have to make sure we're attacking earlier.”

Green Bay: The Phoenix got blown out by another Big Ten team after opening the season with a 99-69 loss at Minnesota. That one-two punch should at least make Green Bay ready for whatever it might encounter the rest of the season. Green Bay will have to improve its outside shooting after going a combined 6 of 33 from 3-point range over its first two games.

Wisconsin: The Badgers have three straight double-digit victories against overmatched opponents to start the season. They’ll have a much better idea of where they stand after visiting Marquette and hosting Louisville in their next two games.

Wisconsin announced before the game that senior Walt McGrory had undergone hip surgery and will be out indefinitely. The reserve guard hadn’t appeared in either of the Badgers’ first two games. He has played in 36 career games, including 14 last season.