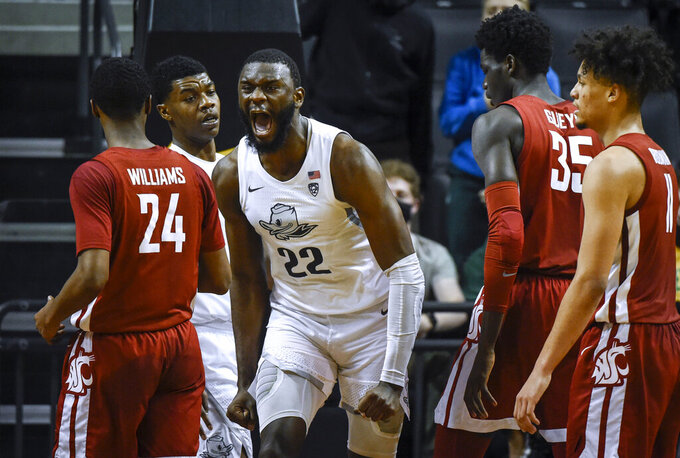 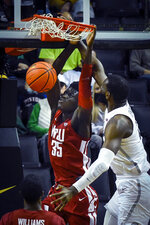 EUGENE, Ore. (AP) — Will Richardson knocked down a wide-open 3-pointer with a minute left to allow Oregon to hold on to a 62-59 victory over Washington State on Monday night.

Richardson's trey gave the Ducks a 62-53 lead, but Washington State got two 3-pointers from Michael Flowers, who missed a third 3-pointer to tie with 3 seconds left.

Flowers scored at the basket in the final minute of the first half to get the Cougars within six, 35-29, at intermission and DJ Rodman opened the second half with a 3-pointer, Mouhamed Gueye had a layup, Efe Abogidi dunked and Tyrell Roberts hit from deep to put Washington State in front, 39-35. N'Faly Dante scored on back-to-back layups to put the Ducks on top for good, 49-45 with 7:42 left.

N'Faly Dante and De'Vion Harmon each had 13 points to lead the Ducks (17-8, 10-4 Pac-12), who bounced back from an upset loss to California that snapped a string of four straight wins. Dante pulled down a team-high nine rebounds and Oregon shot 41.7% from the field (25 of 60).

Oregon travels to play Arizona State on Thursday before facing No. 3 Arizona on Saturday.

Washington State, which has now lost three straight, plays at No. 13 UCLA on Thursday.