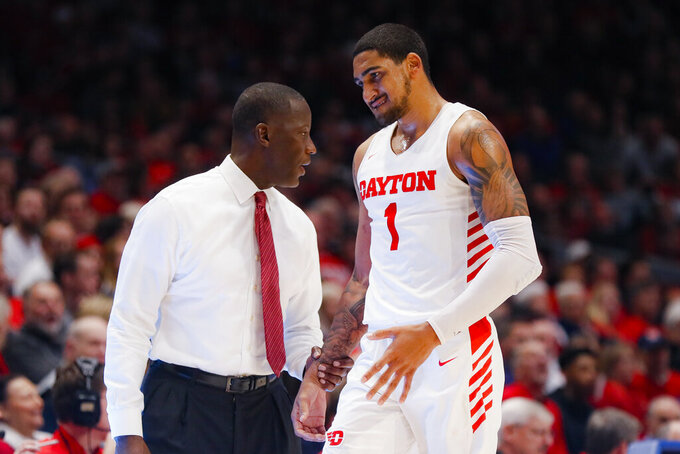 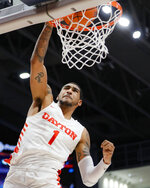 DAYTON, Ohio (AP) — Ibi Watson felt it was his turn to take the lead in Dayton's impressive early-season surge.

Watson helped No. 14 Dayton emerge from a slow start and scored a season-high 20 points Saturday night as the Flyers pulled away to a 78-47 victory over Drake.

Dayton (8-1) took the court with its highest ranking in a dozen years but started sloppy and trailed midway through the first half against an overmatched team.

“That's been a thing a little bit,” Watson said. “In a lot of these home games against smaller teams, we don't come out to play.”

Watson came off the bench and scored seven straight points to change the momentum and put the Flyers in control.

“The guys are all on me to shoot the ball when I'm open,” Watson said. “Tonight was my night. Anybody can score 20 on any night. That depth is important."

The Flyers hadn't been ranked so high since they also were No. 14 on Jan. 26, 2008. They've heard from former Dayton players who are happy to see the program back in the spotlight.

“We're dangerous, that's what they say,” Landers said. “They know we've got a lot of depth.”

The Flyers had 19 assists on 27 baskets and scored 35 fast-break points.

“It's a sign of a team that's starting to mature and get better,” coach Anthony Grant said.

Roman Penn had 13 points for the Bulldogs, who have lost nine straight against ranked teams since 2013.

Drake missed eight of its first nine shots — 7-foot center Liam Robbins banked in a 3-pointer — as Dayton eased ahead 13-5. The Bulldogs then quieted the crowd by surging ahead.

Robbins had a three-point play and a pair of 3s during an 11-point run that gave the Bulldogs a 16-13 lead midway through the half. Robbins had five career 3-pointers coming into the game and had never made more than one in a game.

Watson helped the Flyers settle down. He had a pair of free throws, a 3-pointer and a scoop layup during a 16-4 run that closed the half and put the Flyers up 34-22, the fewest points for the Bulldogs in an opening half this season.

Toppin blocked a shot and hit a 3-pointer as the Flyers pulled away at the start of the second half and led by as many as 33 points.

Drake: The Bulldogs were playing only their second true road game. The other was a 81-59 loss at Cincinnati on Nov. 11, their second game of the season.

Dayton: The Flyers had nine turnovers in the first half and three more early in the second half. Grant put his hand on his forehead after the Flyers threw the ball away on a fast-break opportunity. They settled in and had only two more turnovers the rest of the way.

In addition to losses against Cincinnati and Dayton, the Bulldogs lost to Miami (Ohio) at the Gulf Coast Showcase.

Toppin got a technical foul for hanging on the rim after a dunk with 3:33 to go.