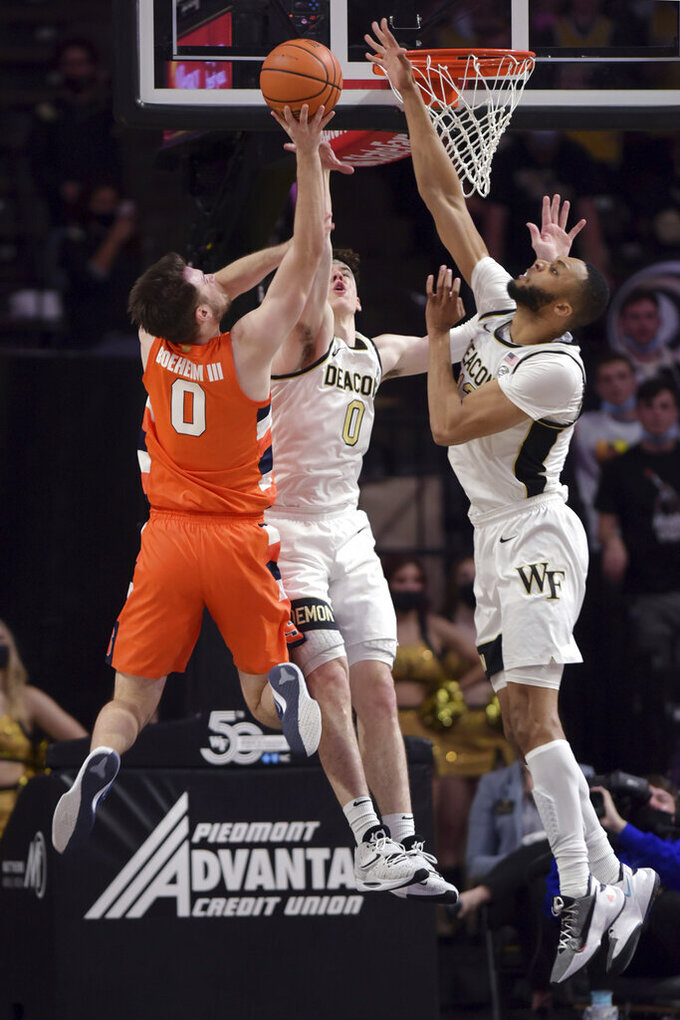 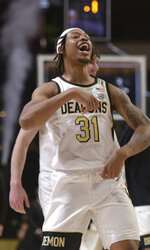 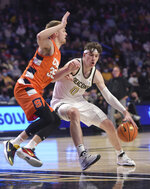 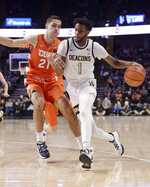 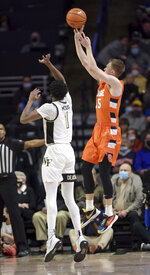 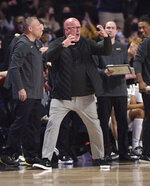 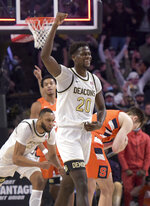 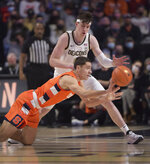 Wake Forest led 75-74 when Williams went to the line and buried both free throws. Wake Forest then called timeout to set up its defensive strategy and Syracuse's Buddy Boeheim missed a 3-pointer with two seconds remaining.

Earlier, with 22 seconds left in overtime Frank Anselem had a chance to pull Syracuse into a tie when he went to the line for a one-and-one. He made the first and missed the second, leaving the Orange in the position of having to foul.

Syracuse had an opportunity to win in regulation, in-bounding the ball with a one-point lead and 10 seconds remaining. The Demon Deacons forced a turnover and Dallas Walton, who a few seconds earlier had a key block in the paint, tied the game with a dunk to force overtime.

Williams, the only player in the nation averaging 20 points, five rebounds and five assists per game, had another strong outing for the Demon Deacons. In addition to his game-high 25 points, he had 12 rebounds and four assists. Jake LaRavia added 12 points and nine rebounds, Isaiah Mucius had 18 points and Khadim Sy scored 13 for Wake Forest (13-3, 3-2).

Jimmy Boeheim scored 21 points to lead Syracuse. Buddy Boeheim had 17 points but made only 5 of 20 shots, including 2 of 9 from 3-point distance. Cole Swider had 10 points and 14 rebounds and Joe Girard scored 13 points.

It was Wake Forest's second win in 11 games against Syracuse as the teams only recently became conference foes.