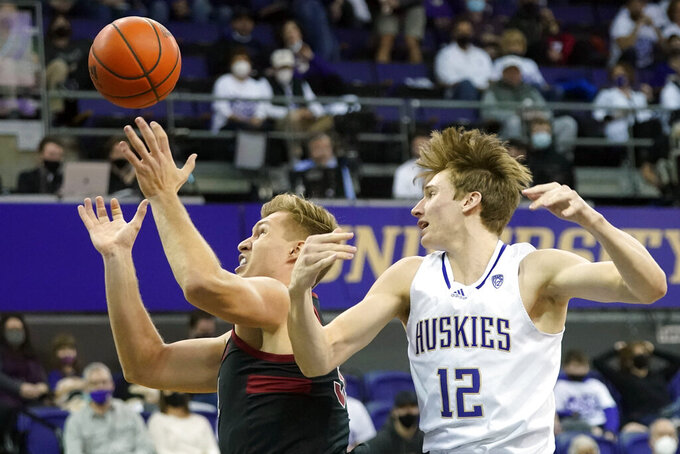 Washington led 59-43 with about 11 minutes left before Stanford went on a 10-0 run that was snapped by a 3-pointer by UW's Daejon Davis. That 3 with 7:56 left would be Washington's last made basket.

Still, the Huskies held their lead and were up 65-61 going into the final minute. Stanford drew within two when Lukas Kisunas made two free throws. Brown, who made 8 of 11 free throws, had a key miss when he went to the line with 15 seconds left but the Huskies were able to hold on.

Brandon Angel led Stanford (10-5, 3-2 Pac-12) with 13 points off the bench Kisunas had 10 points and 12 rebounds. No Stanford starter scored in double figures.

Bey scored all 17 of his points in the first half, which included four 3-pointers in six tries. The Huskies led by nine before a 13-0 run gave them a 39-17 lead with about five minutes left. Washington led 43-25 at halftime.

Up next for Stanford is a road game against sixth-ranked Arizona on Thursday. Washington is scheduled to play at Oregon State on Thursday.