Florida tops Missouri in afternoon game due to winter storm 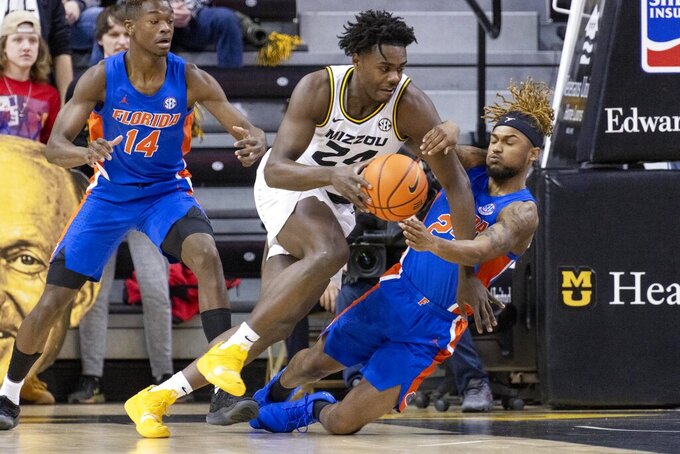 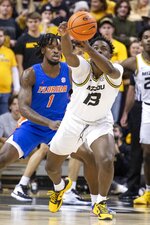 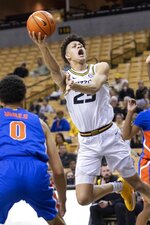 COLUMBIA, Mo. (AP) — Myreon Jones had 18 points and five 3-pointers, Tyree Appleby scored all 17 of his points in the second half and Florida beat Missouri 66-65 on Wednesday in a game moved ahead six hours due to a winter storm.

Phlandrous Fleming Jr. opened the game with the first of Florida's eight 3-pointers in the first half, but the Gators only led 33-31 at the break.

Missouri took the lead with 16:03 left in the second half and held it until the closing seconds when Appleby made two free throws at 7.9. Amari Davis appeared to have an open layup at the other end but Florida forward Tuongthach Gatkek blocked it out of bounds. Missouri inbounded it with 2.2 seconds left, but Jarron Coleman's corner 3-pointer was off the mark at the buzzer.

Florida made 17 straight free throws over the final 7:55 — with eight coming from Appleby in the closing three minutes.

Jones made all five of his 3-pointers in the first half as Florida went 8 of 14 from distance and 11 of 23 overall. Appleby played less than five first-half minutes due to foul trouble.

Both teams play again on Saturday. Florida hosts Mississippi and Missouri is at Texas A&M.